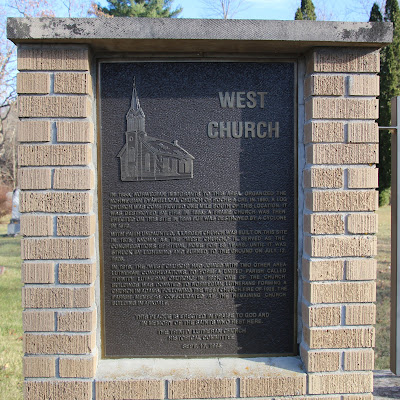 With faith undaunted, a larger church was built on this site in 1875, known as the "West Church," it served as the congregation spiritual home for 53 years, until it was struck by lightning and burned to the ground on July 12, 1928.

In 1919, the "West Church" had joined with two other area Lutheran congregations to form a united parish called "Trinity Lutheran Church." In 1921, one of the church buildings was donated to Norwegian Lutherans forming a church in Adams. Following the West Church fire of 1928, the parish members consolidated at the remaining church building in Arkdale.

This plaque is erected in praise to God and in memory of the Saints who rest here.

The marker is located at West Arkdale Cemetery on northbound 18th Avenue, at its intersection with Cumberland Avenue, Arkdale, Wisconsin 54613. 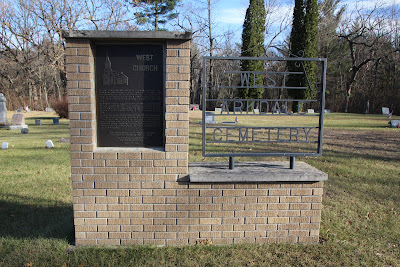 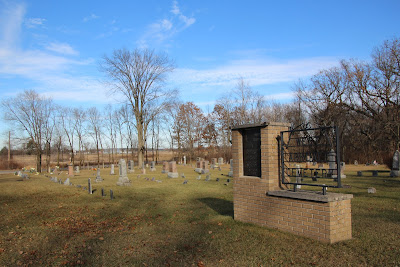 Looking northeast across the cemetery. 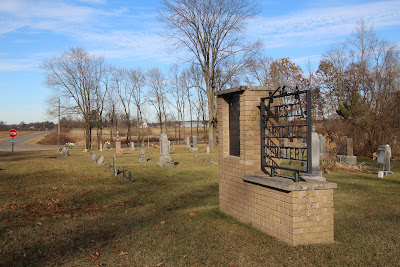 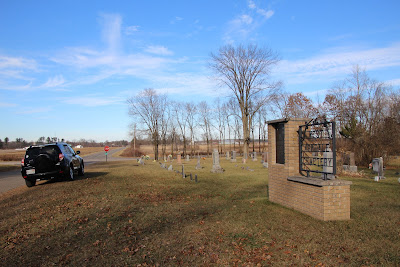 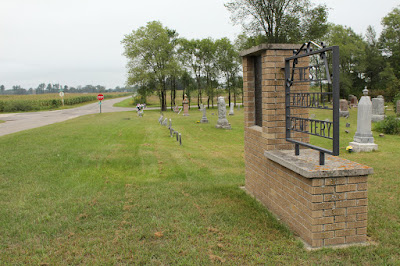 The cemetery is in the middle of farmlands. 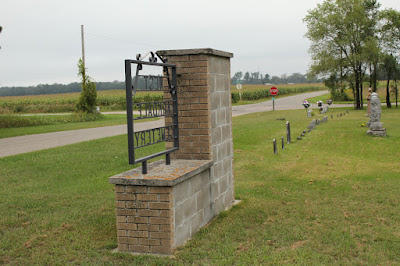 Some of the veterans buried at the cemetery . . . 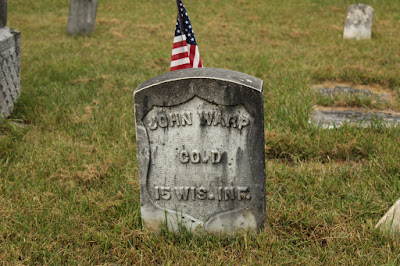 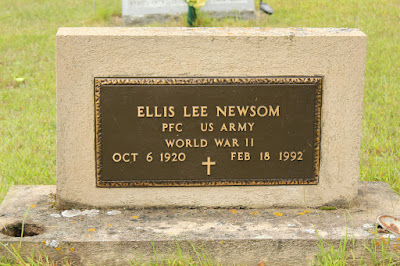 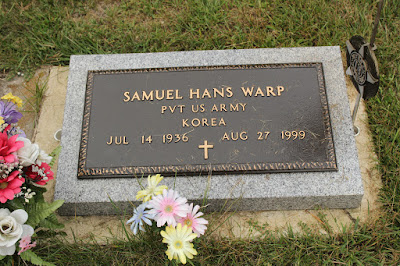 First visited September 2012. Nearby fields were filled with hundreds of migrating Sandhill Cranes. I love to hear their calls and to watch them "dancing". I lingered about 20 minutes, enjoying their beauty and taking photos. 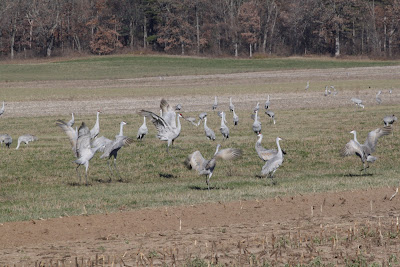 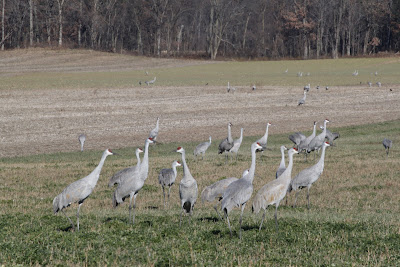 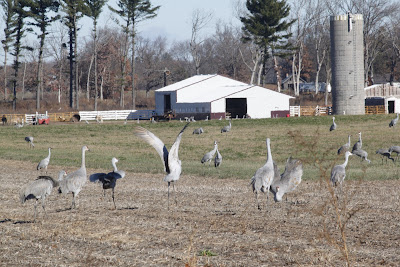 Not my video, but imagine hundreds of sandhill cranes --
their call can be heard up to 4 miles away. It's breathtaking! 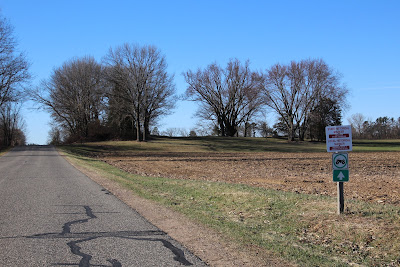 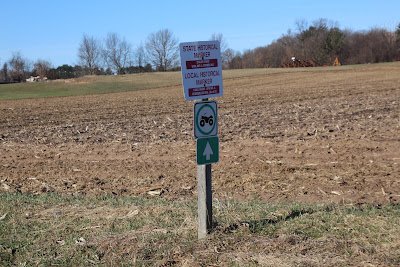 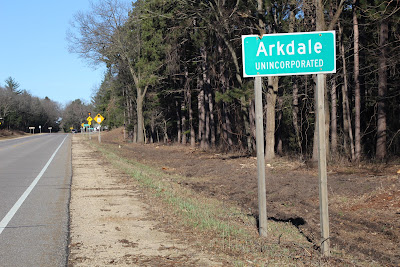 The marker is located in the outskirts of Arkdale, Wisconsin.