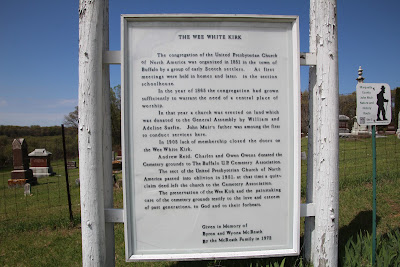 The congregation of the United Presbyterian Church of North America was organized in 1851 in the town of Buffalo by a group of early Scotch settlers. At first meetings were held in homes and later, in the section schoolhouse.

In the year of 1865 the congregation had grown sufficiently to warrant the need of a central place of worship.

In that year a church was erected on land which was donated to the General Assembly by William and Adeline Sutfin. John Muir's father was among the first to conduct services here.

In 1905 lack of membership closed the doors on the Wee White Kirk.

The sect of the United Presbyterian Church of North America passed into oblivion in 1951, at that time a quit-claim deed left the church to the Cemetery Association.

The preservation of the Wee Kirk and the painstaking care of the cemetery grounds testify to the love and esteem of past generations, to God and to their forbears.

The church and marker are located on southbound 13th Road, north of its intersection with County Highway O, Montello, Wisconsin 53949. 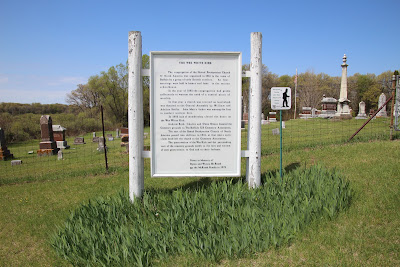 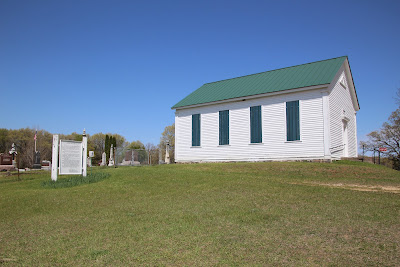 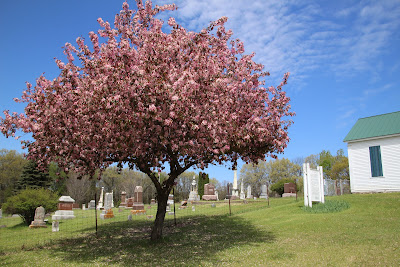 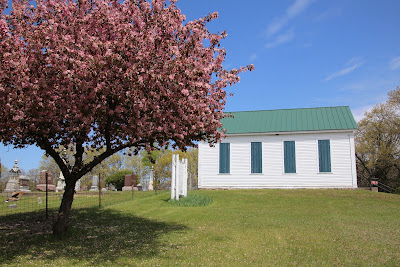 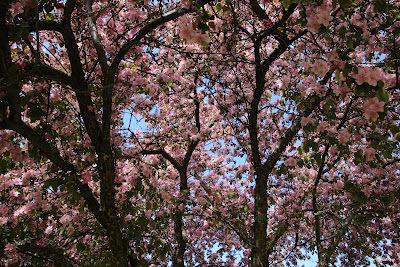 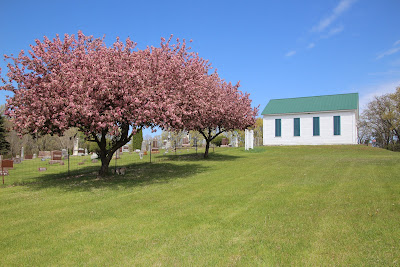 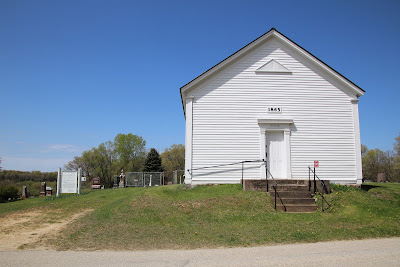 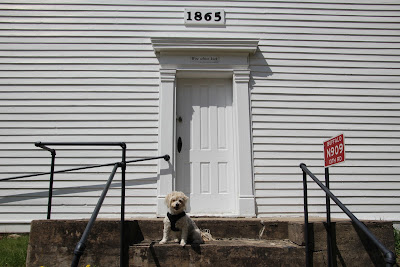 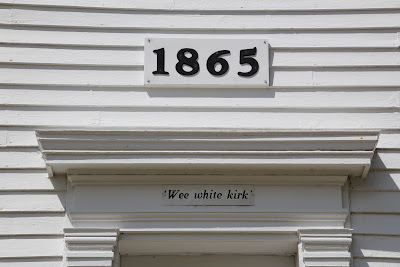 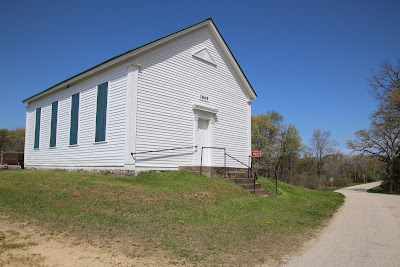 Love how the road wanders off into the distance. 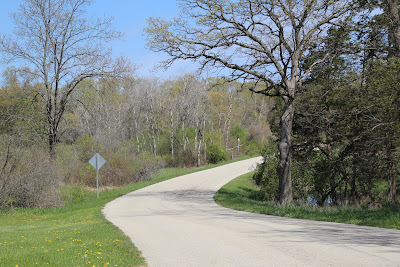 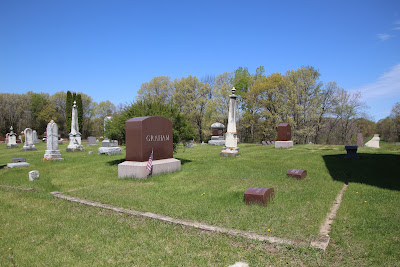 The lovely cemetery behind the church. 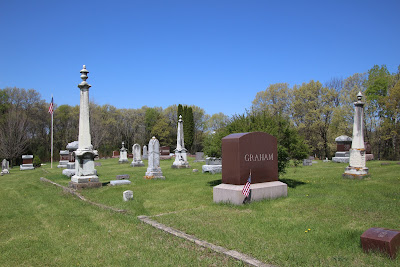 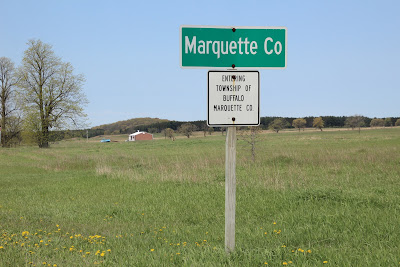 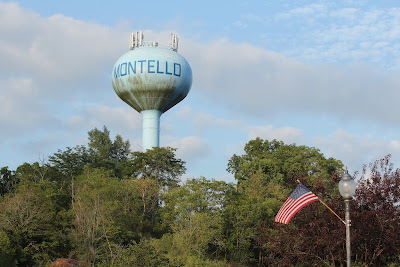 The Wee White Kirk is located near Montello, Wisconsin.