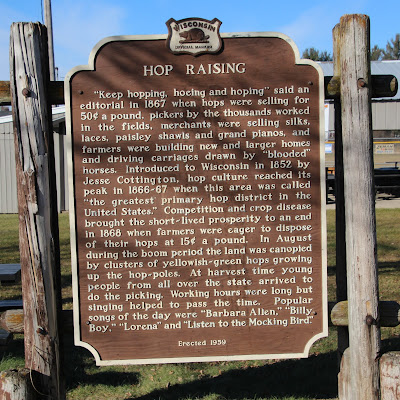 “Keep hopping, hoeing and hoping” said an editorial in 1867 when hops were selling for 50¢ a pound, pickers by the thousands worked in the fields, merchants were selling silks, laces, paisley shawls and grand pianos, and farmers were building new and larger homes and driving carriages drawn by “blooded” horses. Introduced to Wisconsin in 1852 by Jesse Cottington, hop culture reached its peak in 1866–67 when this area was called “the greatest primary hop district in the United States.” Competition and crop disease brought the short-lived prosperity to an end in 1868 when farmers were eager to dispose of their hops at 15¢ a pound. In August during the boom period the land was canopied by clusters of yellowish-green hops growing up the hop-poles. At harvest time young people from all over the state arrived to do the picking. Working hours were long but singing helped to pass the time. Popular songs of the day were “Barbara Allen,” “Billy Boy,” “Lorena” and “Listen to the Mocking Bird.”

Wisconsin Historical Society: Hop Culture in Days Long Past: A Man Recalls His Years on a Hop Farm in Sauk County 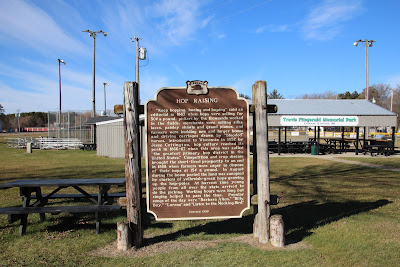 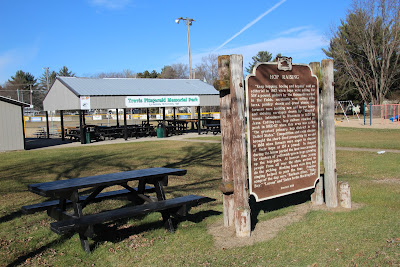 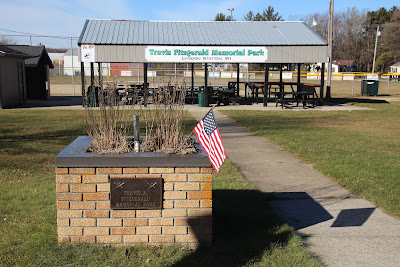 The marker is located at Travis Fitzgerald Memorial Park. 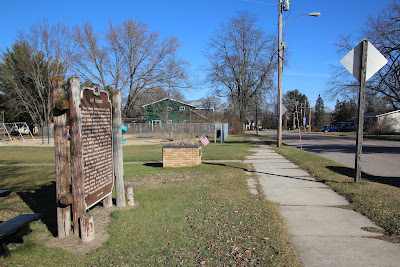 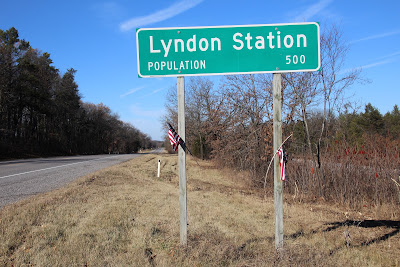 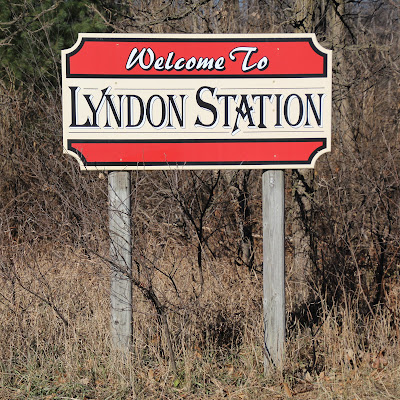 The marker is located on Lyndon Station, Wisconsin.