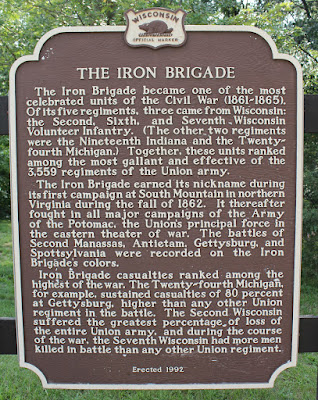 The Iron Brigade became one of the most celebrated units of the Civil War (1861-1865). Of its five regiments, three came from Wisconsin: the Second, Sixth, and Seventh Wisconsin Volunteer Infantry. (The other two regiments were the Nineteenth Indiana and the Twenty-fourth Michigan.) Together, these units ranked among the most gallant and effective of the 3,559 regiments of the Union army.

The Iron Brigade earned its nickname during its first campaign at South Mountain in northern Virginia during the fall of 1862. It thereafter fought in all major campaigns of the Army of the Potomac, the Union's principal force in the eastern theater of war. The battles of Second Manassas, Antietam, Gettysburg, and Spotsylvania were recorded on the Iron Brigade's colors.

Iron Brigade casualties ranked among the highest of the war. The Twenty-fourth Michigan, for example, sustained casualties of 80 percent at Gettysburg, higher than any other Union regiment in the battle. The Second Wisconsin suffered the greatest percentage of loss of the entire Union army, and during the course of the war, the Seventh Wisconsin had more men killed in battle than any other Union regiment.

See also, Marker 269: The Wisconsin River, also at this location. 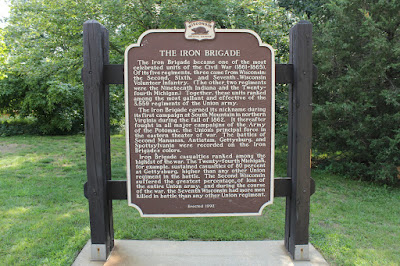 The Fall of Reynolds.
This media file is in the public domain.
Click here for more information. 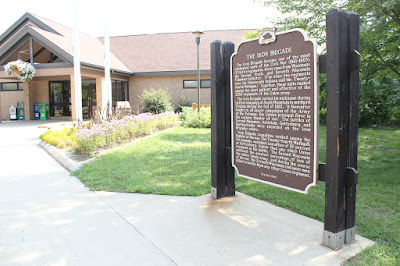 The marker is next to the entrance to the rest stop restrooms. 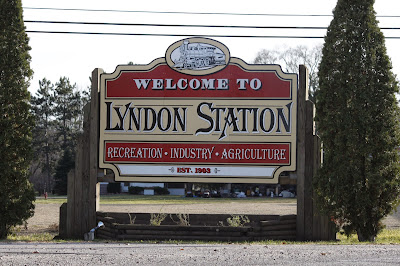 The marker is located in Lyndon Station, Wisconsin.

There are several misstatements on this plaque... the battle of South Mountain occurred in Washington County, Maryland 3 days prior to the Battle of Antietam. Nowhere even close to Northern Virginia. The 1st Minnesota also sustained close to 85% casualties on the 2nd and 3rd days of Gettysburg most of which occurred in a sacrificial charge to save the Federal line along Cemetary Ridge. I don't know who wrote the plaque but I'd encourage somebody to fact check and, if possible, rectify the factual errors in the text.

It is not unheard of to find errors on historical markers, even those placed by the Wisconsin Historical Society. I do not have anything to do with the content accuracy or placement of the markers; I only document that they exist and record them on my website.