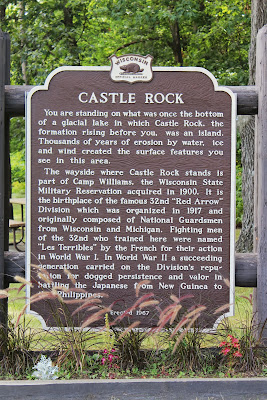 You are standing on what was once the bottom of a glacial lake in which Castle Rock, the formation rising before you, was an island. Thousands of years of erosion by water, ice and wind created the surface features you see in this area.

The wayside where Castle Rock stands is part of Camp Williams, the Wisconsin State Military Reservation acquired in 1900. It is the birthplace of the famous 32nd "Red Arrow" Division which was organized in 1917 and originally composed of National Guardsmen from Wisconsin and Michigan. Fighting men of the 32nd who trained here were named "Les Terribles" by the French for their action in World War I. In World War II a succeeding generation carried on the Division's reputation for dogged persistence and valor in battling the Japanese from New Guinea to the Philippines.

The marker is located at the Castle Rock Wayside on eastbound County Road C, just east of its intersection with Wisconsin Avenue, Camp Douglas, Wisconsin 54618. 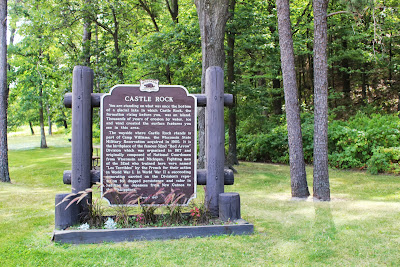 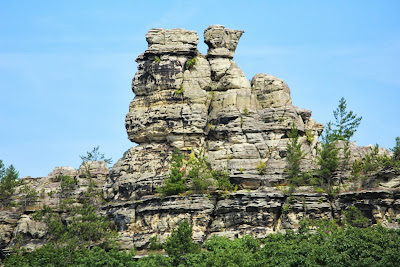 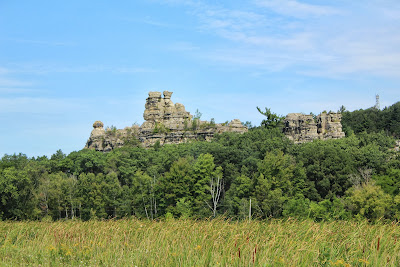 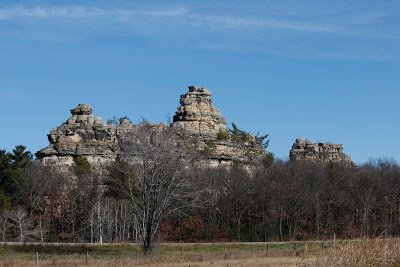 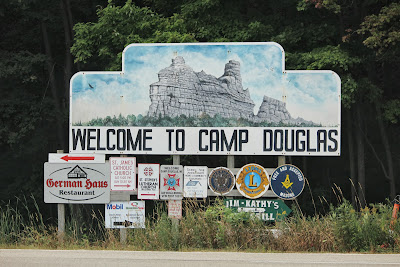 Beautiful place i have visited a lot of time's.!