The Volunteer '98 Statue and Marker 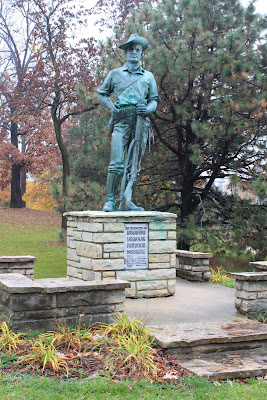 The statue and marker are located on the grounds of the Zablocki VA Medical Center, at the intersection of General Mitchell Boulevard and Hines Boulevard,  Milwaukee Wisconsin 53295. 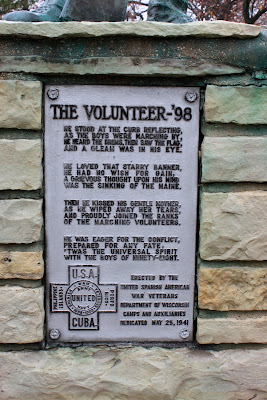 He stood at the curb reflecting,
As the boys were marching by,
He heard the drums, then saw the flag,
And a gleam was in his eye.

He loved that starry banner,
He had no wish for gain,
A grievous thought upon his mind
Was the sinking of the Maine.

Then he kissed his gentle mother,
As he wiped away her tears,
And proudly joined the ranks
Of the marching volunteers.

He was eager for the conflict,
Prepared for any fate,
‘Twas the universal spirit
With the boys of Ninety-Eight. 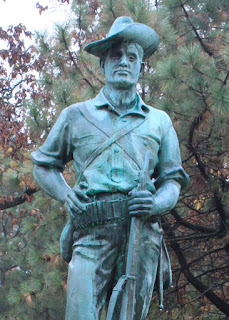 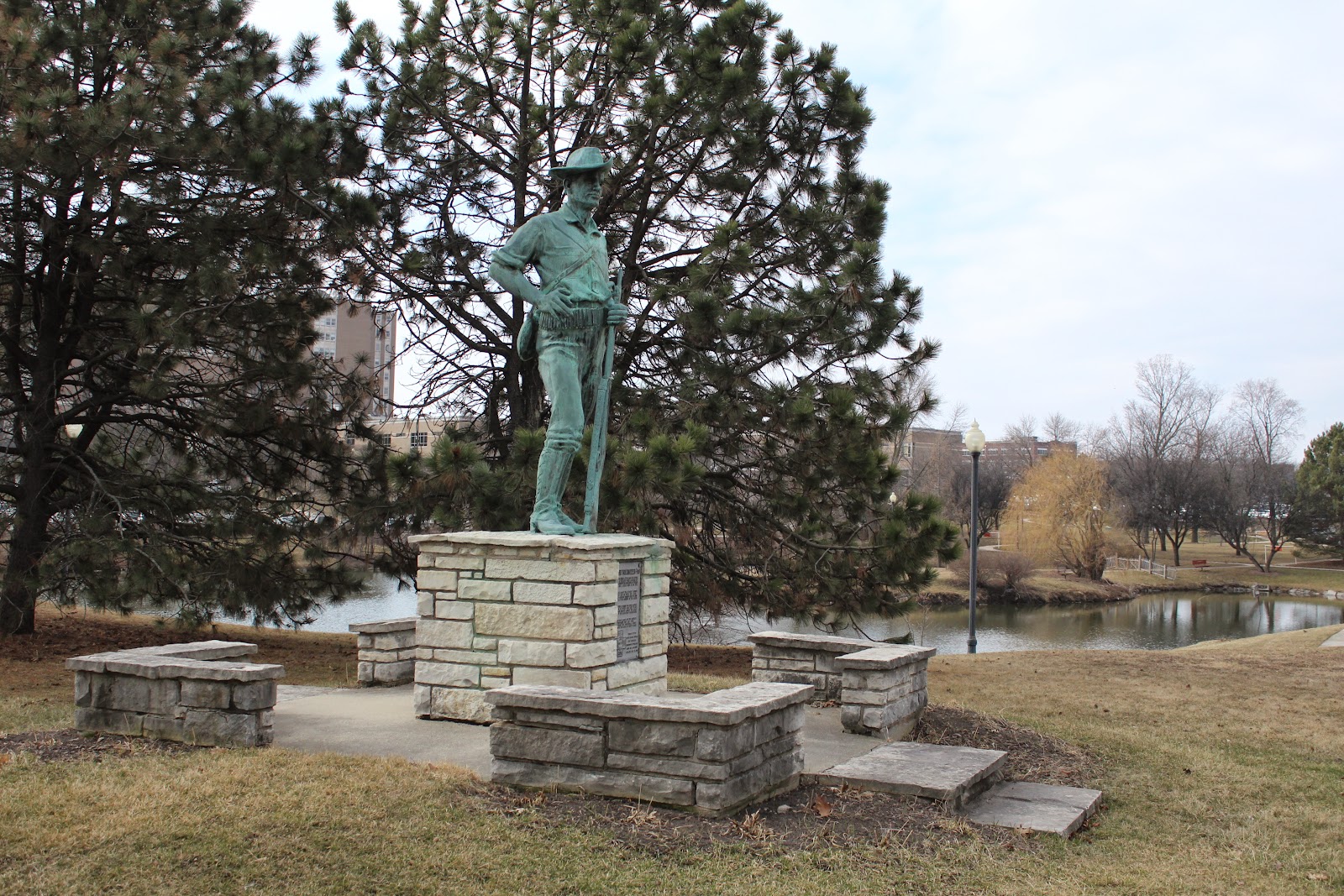 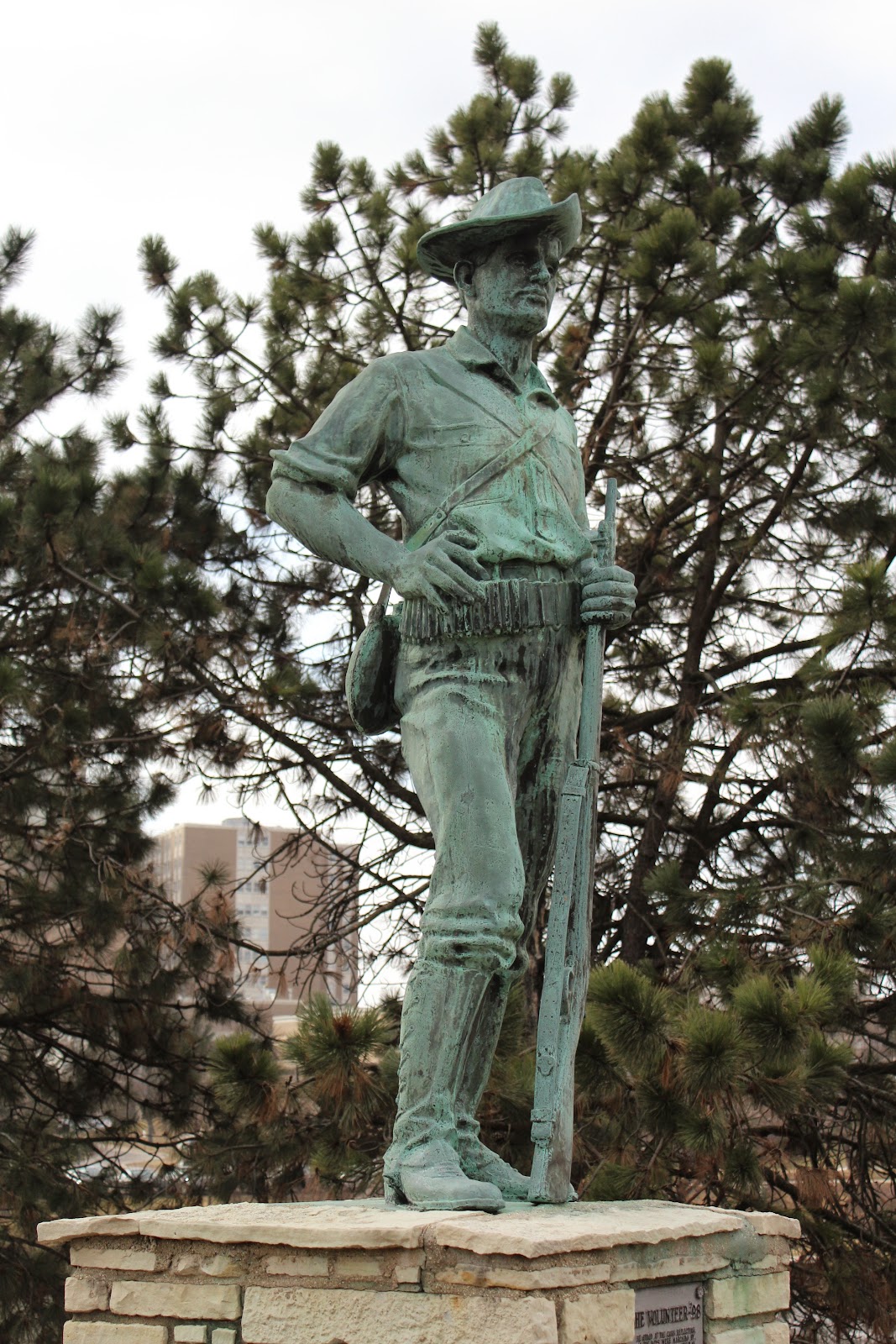