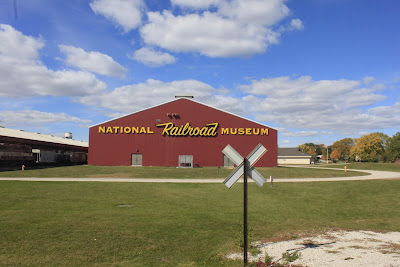 Not wanting to miss a gorgeous Sunday sitting inside watching a Packers' game that started at 11:30 a.m., I decided instead to visit the National Train Museum in Green Bay (just a few miles from my home). Good thing, because I would have been soooo upset to have wasted the day by watching the Colts (who trailed 18 points at the half) slam the Packers 30-27 in the final 35 SECONDS of the game: Packers vs. Colts

Such a wonderful place, with so many cool trains! A great location to hang out, lose oneself in the magical lore of the American railways and the people and machines that traversed them, and take photos (especially since the museum is located on the banks of the Fox River). I enjoyed myself so much that I converted my $11.00 one-day pass to a $25.00 associate membership. In exchange, I received free admission for one year, a very cool train art print (I got to choose from several) and a subscription to Rail Lines. Pretty good deal! 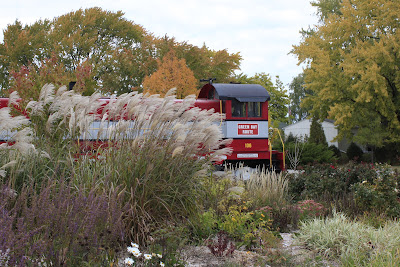 All aboard!
This steam engine takes visitors one a 25-minute,
twice-around the property train ride. 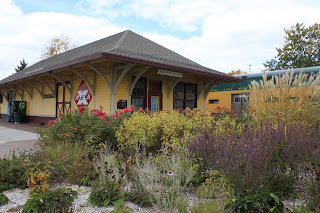 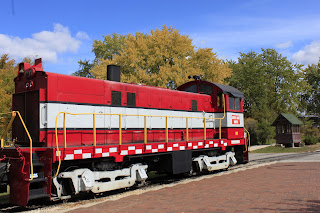 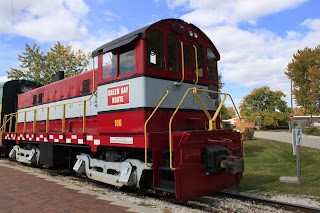 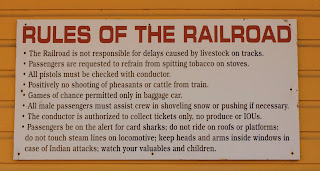 Wow! Seems the MID-West was pretty wild, too!! 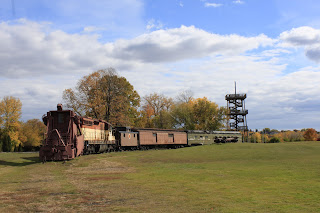 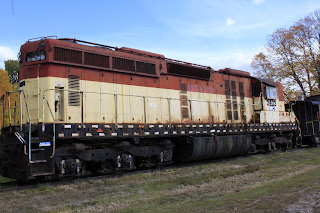 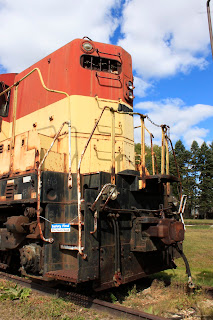 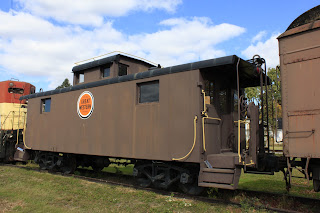 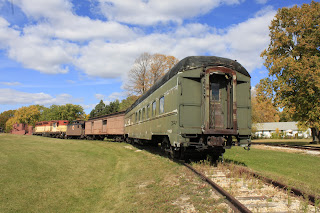 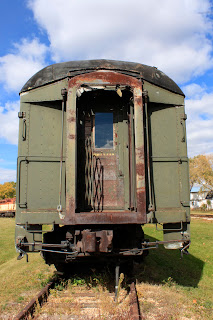 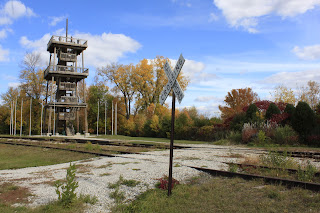 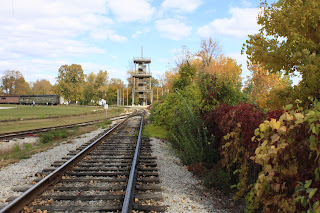 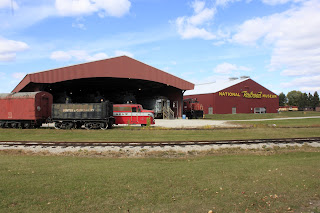 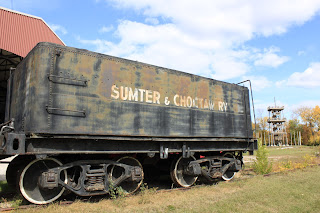 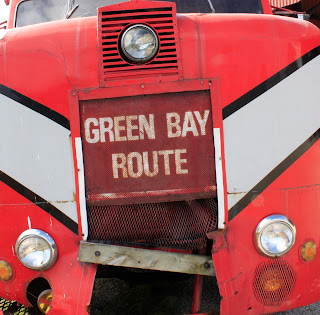 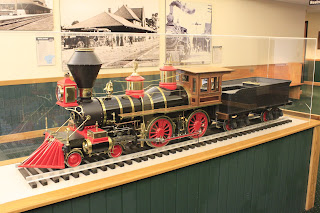 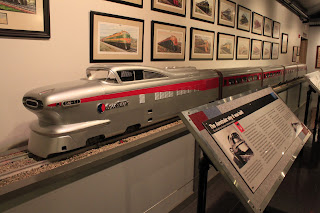 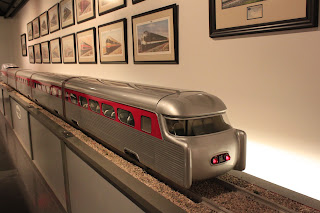 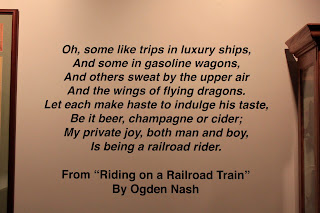 I remember my first train ride. It was the very early 1960's. I rode with my mother and my brother from Los Angeles to San Diego. My father had business in San Diego, and we were to meet up with him and spend the day at the San Diego Zoo. I remember being very excited about the train ride, and watching the Pacific Ocean from the train window. It was the furthest from home that I had ever travelled (about 90 miles).
When I lived in New York, I used to ride the train all the time. I'd get to Penn Station from my home in Westchester County. I'd mostly ride to Washington, D.C., but I also rode once to Boston. I loved taking the train -- found it waaaaaaay more enjoyable than any plane ride.
My last train ride was on the Metro North -- Husdon Line -- a round-trip from Hastings-on-Hudson to Grand Central Station. How I loved that ride (except when the train was full of Yankees fans; then it was miserable!) on the eastern bank of the Hudson River with the sunlight casting shadows on the majestic palisades and reflecting like diamonds on the three-mile expanse of water that separated us. 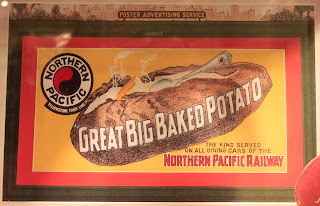 I learned at the Museum that baked potatoes on the train were all the rage. It was all about size, freshly-baked, and a pat of butter (no sour cream, chives, cheese, salt or pepper -- or any of the other things we "load" onto potatoes today). Rail riders  lived for those baked potatoes, which were considered a meal in themselves. 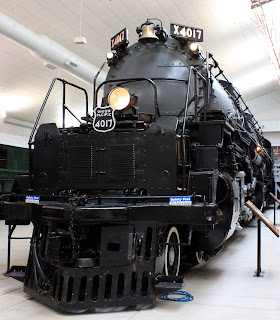