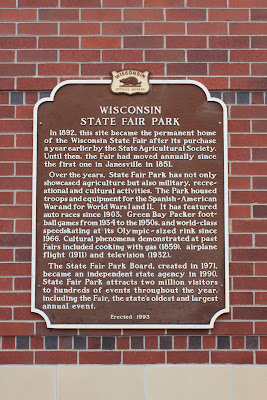 In 1892, this site became the permanent home of the Wisconsin State Fair after its purchase a year earlier by the State Agricultural Society. Until then, the Fair had moved annually since the first one in Janesville in 1851.

Over the years, State Fair Park has not only showcased agriculture but also military, recreational and cultural activities. The Park housed troops and equipment for the Spanish-American War and for World Wars I and II. It has featured auto races since 1903, Green Bay Packer football games from 1934 to the 1950s, and world-class speed skating at its Olympic-sized rink since 1966. Cultural phenomena demonstrated at past Fairs included cooking with gas (1859), airplane flight (1911), and television (1932).

The State Fair Park Board, created in 1971, became an independent state agency in 1990. State Fair Park attracts two million visitors to hundreds of events throughout the year, including the Fair, the state's oldest and largest annual event. 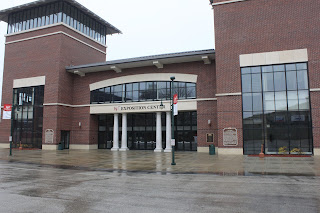