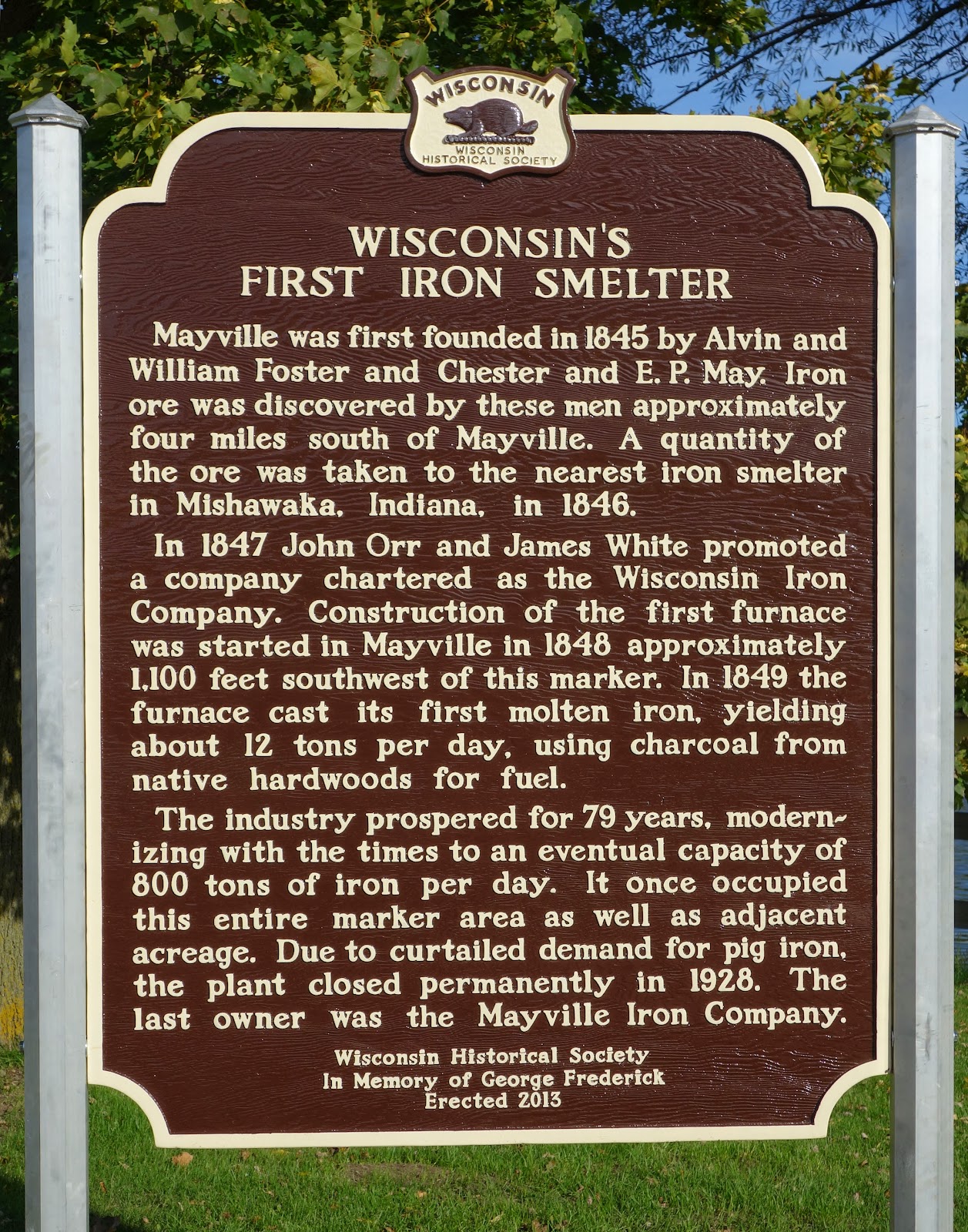 Mayville was founded in 1845 by Alvin and William Foster and Chester and S.P. May. Iron ore was discovered by these men approximately four miles south of Mayville. A quantity of the ore was taken to the nearest iron smelter in Mishawaka, Indiana, in 1846.

In 1847 John Orr and James White promoted a company chartered as the Wisconsin Iron Company. Construction of the first furnace was started at Mayville in 1848 approximately 1,100 feet southwest of this marker. In 1849 the furnace cast its first molten iron yielding about 12 tons per day, using charcoal from native hardwoods for fuel.

The industry prospered for 79 years, modernizing with the times to an eventual 800 tons of iron per day capacity. It once occupied the entire marker area as well as adjacent acreage. Due to curtailed demand for pig iron, the plant closed permanently in 1928. The last owner was The Mayville Iron Company.

Wisconsin Mining Association: The History of Mining in Wisconsin

*In Memory of George Frederick
George Frederick was the vice-president of the Mayville Limestone School Museum. George did much research on the iron mines, which were located just south of Mayville, and the smelting furnaces that were in Mayville.  He created the "Iron Country” exhibit at the museum and he also wrote the 750-plus-page book, When Iron Was King in Dodge County, Wisconsin.  As early as 1993, George pointed out the errors in the marker erected in 1973. George passed away on April 30, 2013, at the age of 68, from complications of prostate cancer.  Due to his many hours of research and writing, the new marker was dedicated to his memory.

NOTE: Photos of marker erected September 20, 2013 (above and directly below), taken by Anne Bauer and provided by the Mayville Limestone School Museum for use on this post. 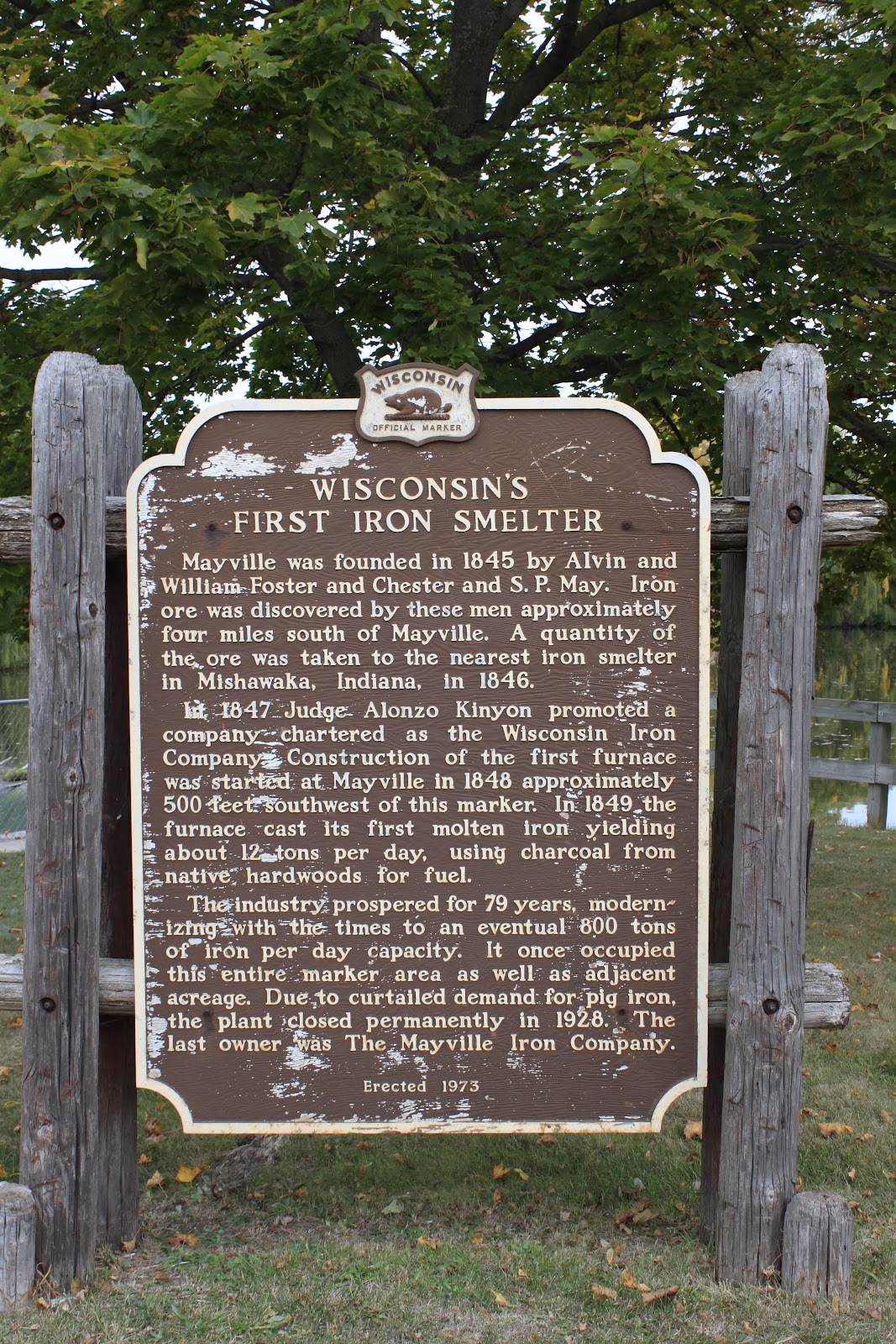 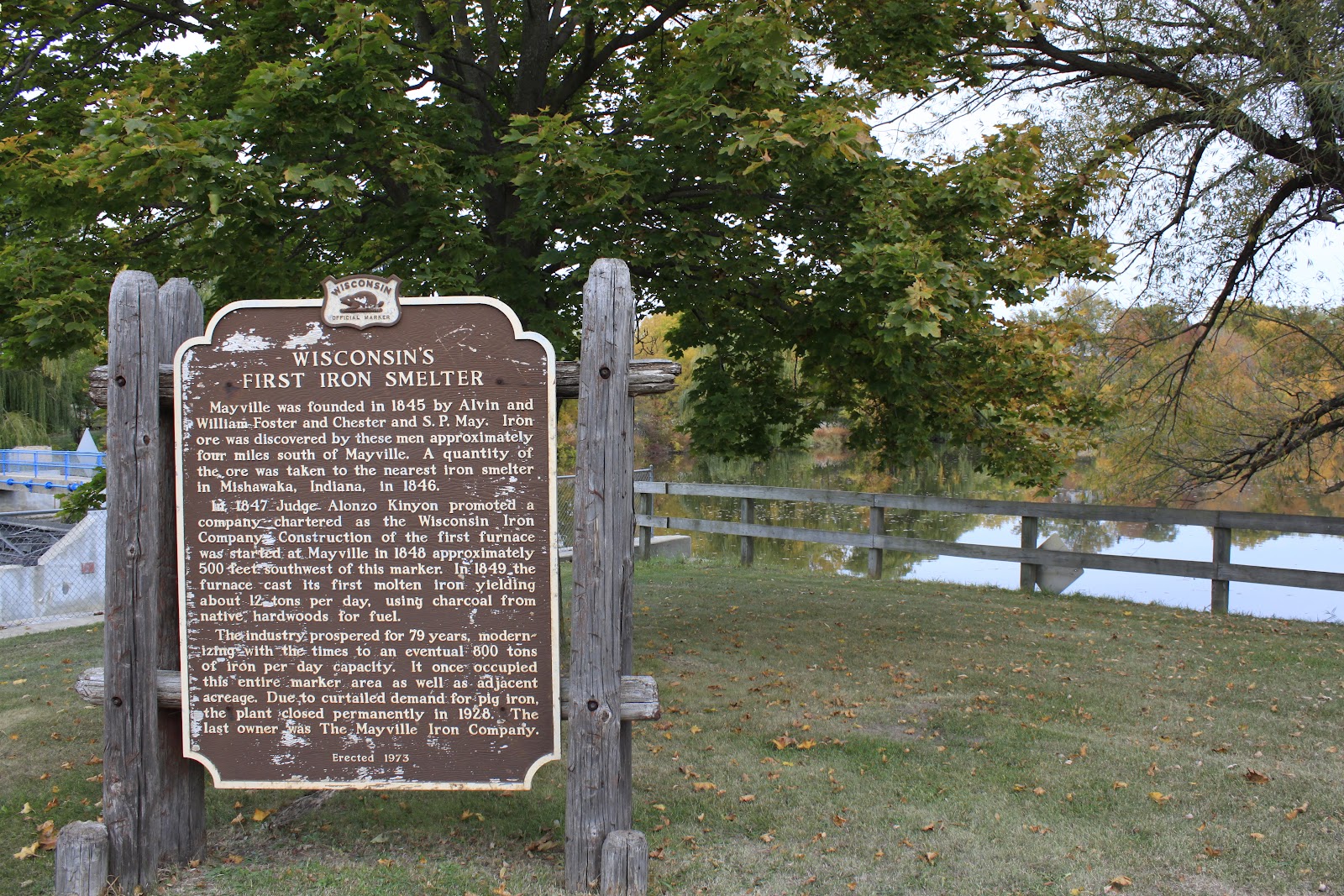