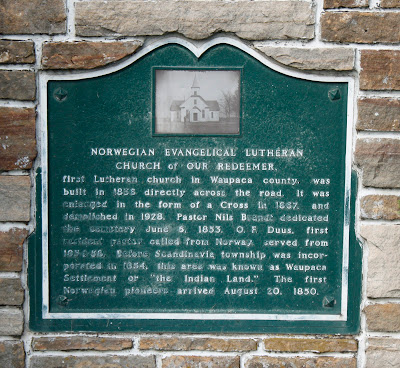 Norwegian Evangelical Lutheran Church of Our Redeemer, first Lutheran church in Waupaca county, was built in 1856 directly across the road. It was enlarged in the form of a Cross in 1867, and demolished in 1928. Pastor Nils Brandt dedicated the cemetery June 6, 1853. O. F. Duus, first resident pastor called from Norway, served from 1854-58. Before Scandinavia township was incorporated in 1854, this area was known as Waupaca Settlement or "the Indian Land." The first Norwegian pioneers arrived August 20, 1850.

The marker is located at the Scandinavian Lutheran Cemetery on southbound County Road G, between Chapel Drive (to the north) and Nottleson Drive (to the south), Scandinavia, Wisconsin 54977.

According to an article in the Stevens Point Daily Journal dated May 9, 1968, a local committee raised nearly $800 to pay for the erection of the marker. A special fund was created for the marker's "perpetual care". The photograph is a reproduction of the "Cross Church" which once stood on the east side of the road, across from the cemetery. 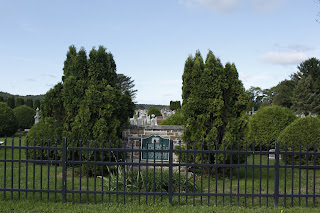 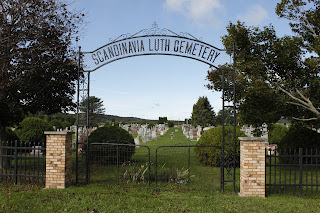 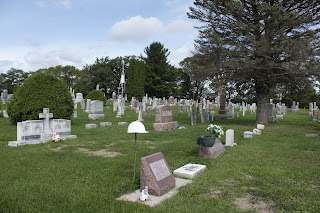 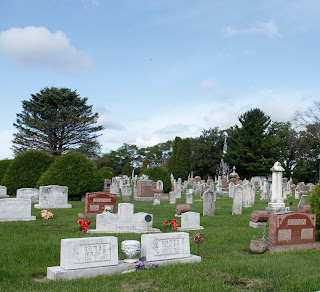 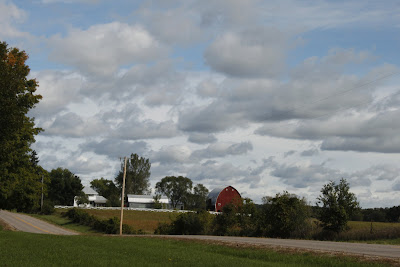 Gathering Storm / barn across the street from the cemetery.