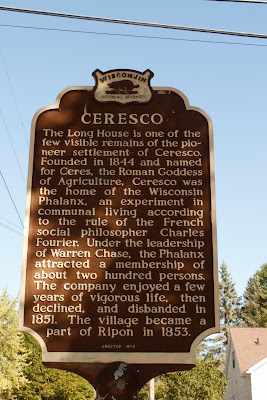 The Long House is one of the few visible remains of the pioneer settlement of Ceresco. Founded in 1844 and named for Ceres, the Roman Goddess of Agriculture, Ceresco was the home of the Wisconsin Phalanx, an experiment in communal liv­ing according to the rule of the French social philosopher Charles Fourier. Under the leadership of Warren Chase, the Phalanx attracted a membership of about two hundred persons. The company enjoyed a few years of vigorous life, then declined, and disbanded in 1851. The village became a part of Ripon in 1853.

The marker is located in Ceresco Park on southbound Union Street between Park Street and Church Street, Ripon, Wisconsin 54971. 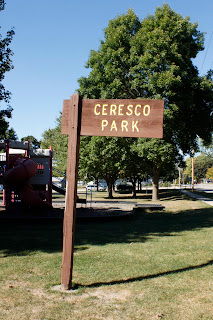 Marker is located at Ceresco Park.