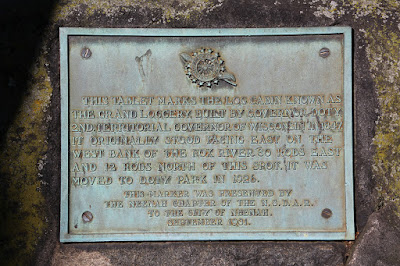 This tablet marks the log cabin known as
the Grand Loggery, built by Governor Doty,
2nd Territorial Governor of Wisconsin in 1847.
It originally stood facing east on the
west bank of the Fox River 30 rods east
and 12 rods north of this spot. It was
moved to Doty Park in 1926.
This marker was presented by
the Neenah Chapter of the N.S.D.A.R.
to the City of Neenah,
September 1931.
The marker is located at Doty Park on eastbound Lincon Street, just east of its intersection with Webster Street, Neenah, Wisconsin 54956. 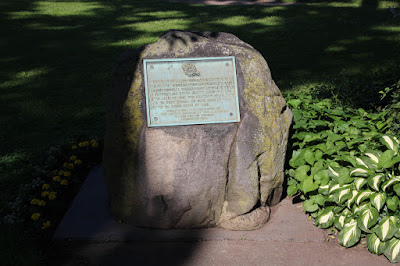 The marker is at the entrance to the cabin. 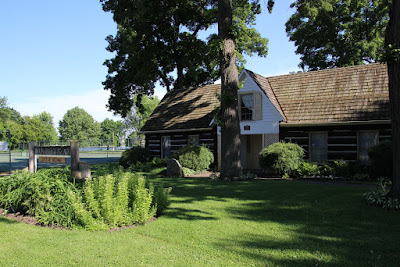 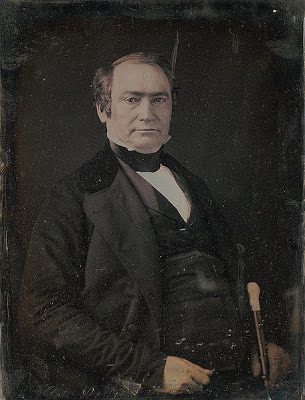 Daguerrotype of James Duane Doty
taken by photographer Matthew Brady at Philidalphia 1849-1850.
This media file is in the public domain in the United States;
click here for more information. 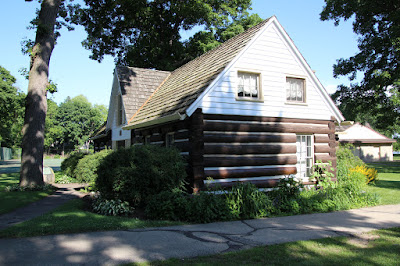 The south side of the cabin. 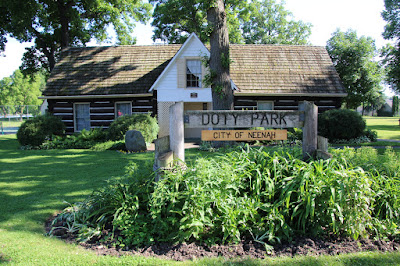 The cabin and marker are located at Doty Park in Neenah, Wisconsin.