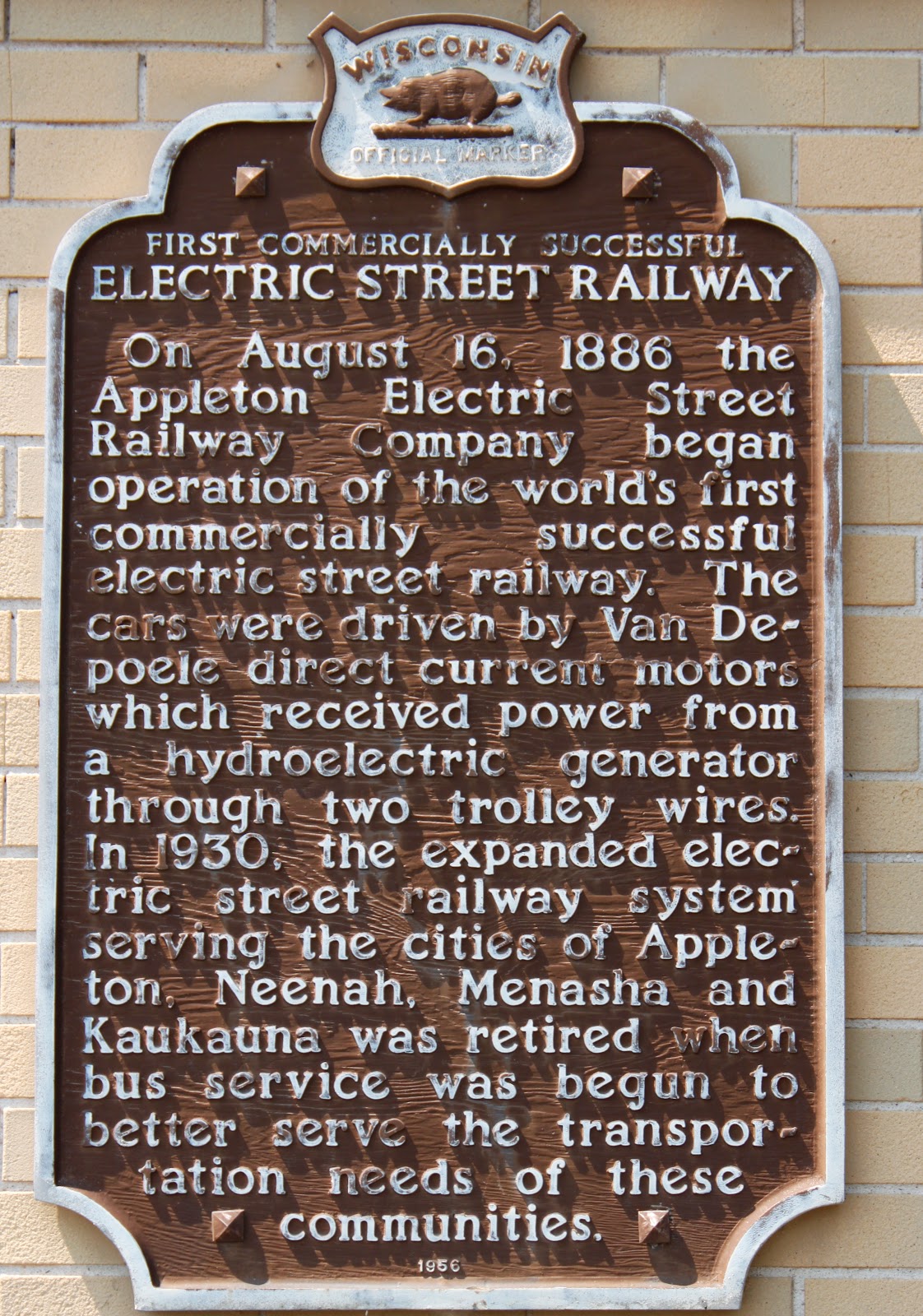 On August 16, 1886 the Appleton Electric Street Railway Company began operation of the world’s first commercially successful electric street railway. The cars were driven by Van Depoele direct current motors which received power from a hydroelectric generator through two trolley wires. In 1930, the expanded electric street railway system serving the cities of Appleton, Neenah, Menasha and Kaukauna was retired when bus service was begun to better serve the transportation needs of these communities.

NOTE: I had a difficult time locating this marker using the street address. Use the GPS coordinates and check the Google Map before heading out.

NOTE: The marker is directly across from The Union Jack Tavern (a very cool historical building in its own right), 812 South Olde Oneida Street, Appleton, WI 54915. 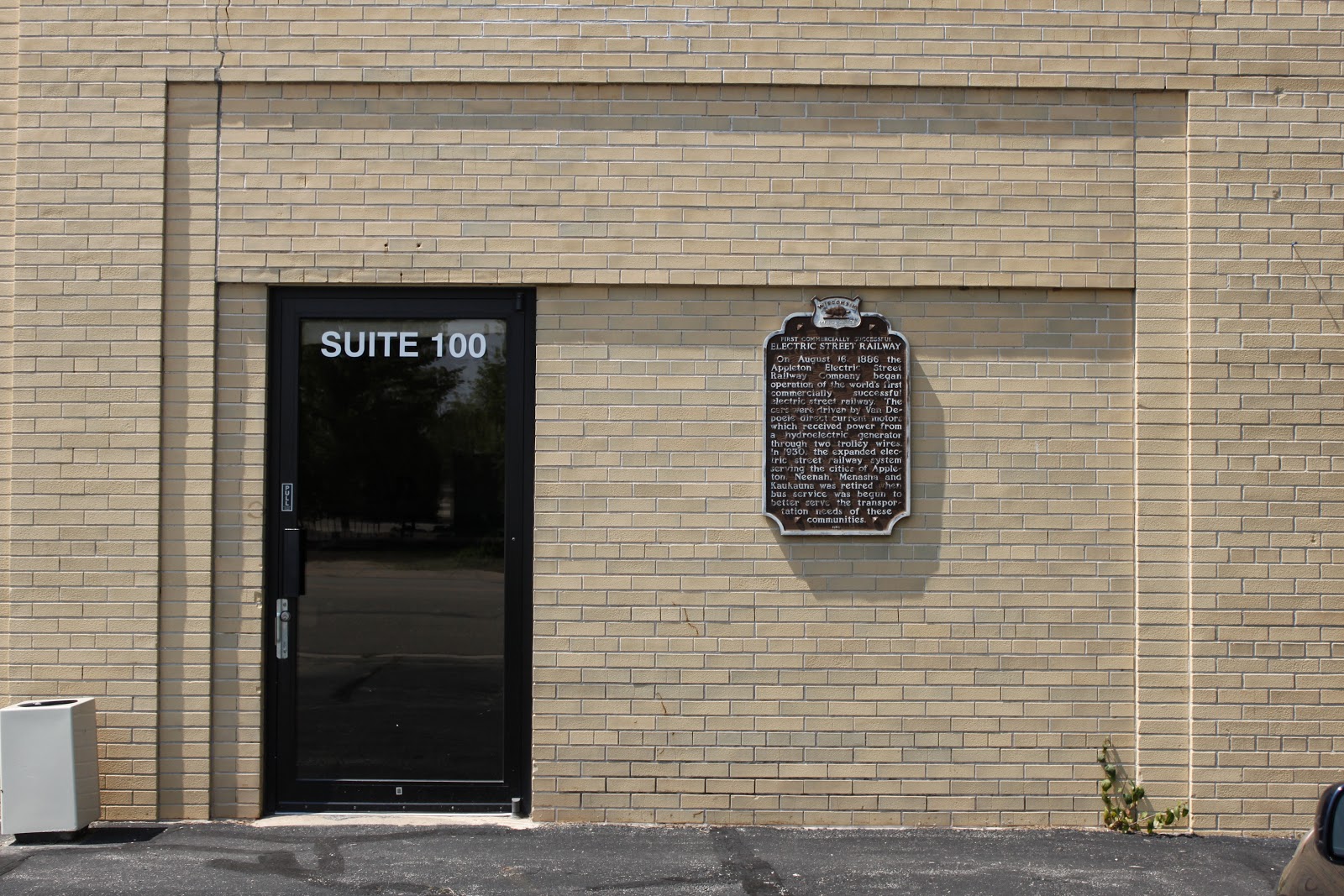 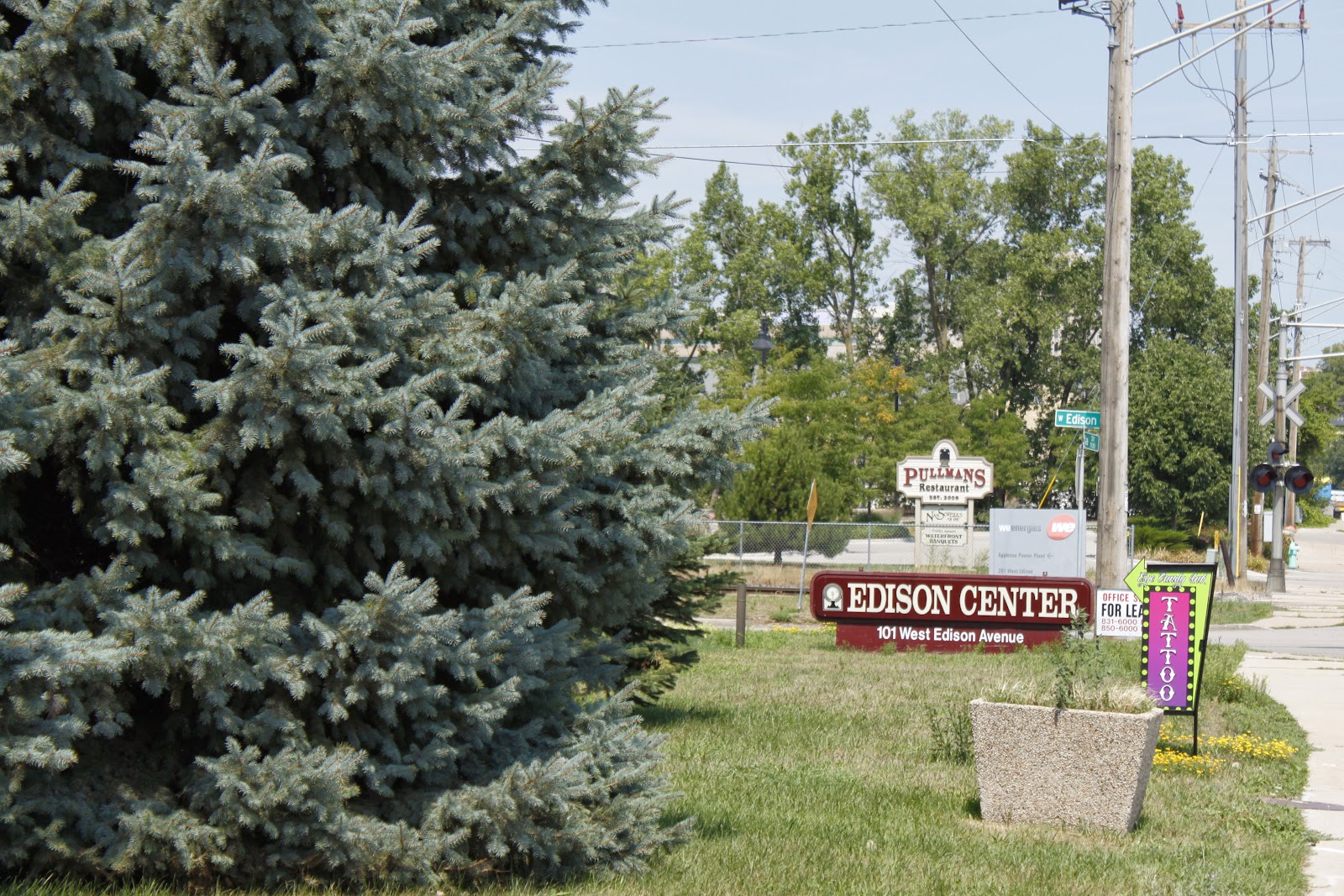 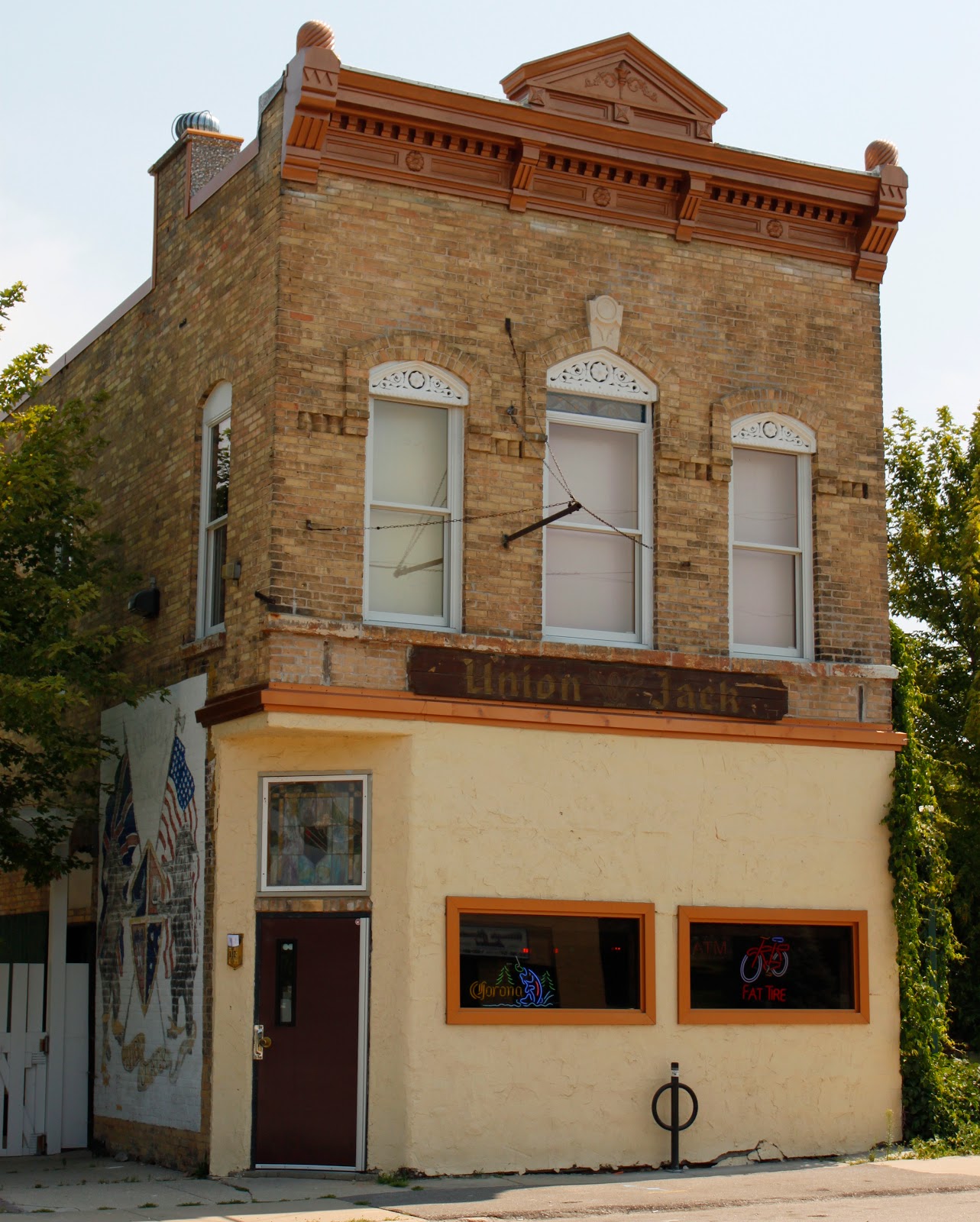 The marker is directly across from The Union Jack Tavern.