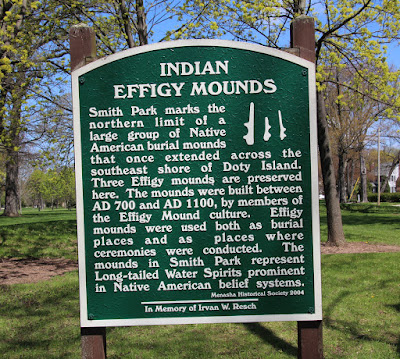 Smith Park marks the northern limit of a large group of Native American burial mounds that once extended across the southeast shore of Doty Island. Three Effigy mounds are preserved here. The mounds were built between AD 700 and AD 1100, by members of the Effigy Mound culture. Effigy mounds were used both as burial places and as places where ceremonies were conducted. The mounds in Smith Park represent Long-tailed Water Spirits prominent in Native American belief systems.


The marker is located on Doty Island on the southeast corner Smith Park, and is accessible from westbound Nicolet Boulevard, just west of its intersection with Park Street, Menasha, Wisconsin 54952. 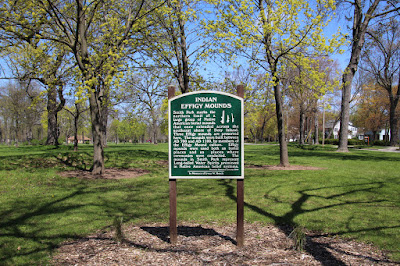 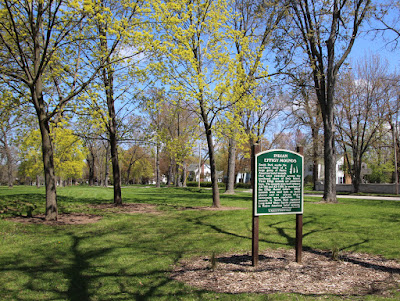 The mounds are in the middle of a residential community. 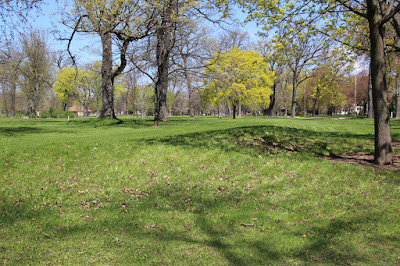 The mound right next to the marker. 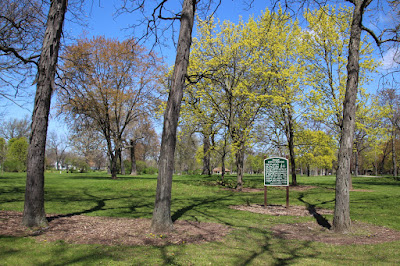 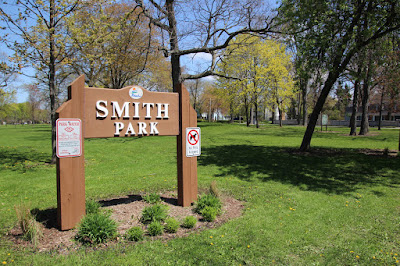 The marker (visible in the distance to the right) is located
at Smith Park in Menasha, Wisconsin. 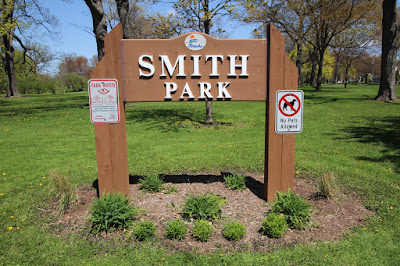 The marker is located at Smith Park in Menasha, Wisconsin.