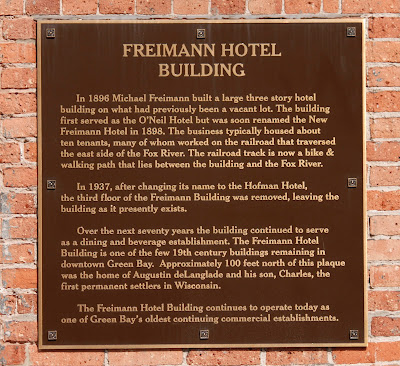 In 1896, Michael Freimann built a large three story hotel building on what had previously been a vacant lot. The building first served as the O'Neil Hotel but was soon renamed the New Freimann Hotel in 1898. The building typically housed about ten tenants, many of whom worked on the railroad that traversed the east side of the Fox River. The railroad track is now a bike & walking path that lies between the building and the Fox River.

In 1937, after changing its name to the Hofman Hotel, The third floor of the Freimann Building was removed, leaving the building as it presently exists.

Over the next seventy years the building continued to serve as a dining and beverage establishment. The Freimann Hotel Building is one of the few 19th century buildings remaining in downtown Green Bay. Approximately 100 feet north of this plaque was the home of Augustin deLanglade and his son, Charles, the first permanent settlers in Wisconsin.

NOTE: The Fox River and Fox River Trail are directly behind this building (the river is visible in the picture below, to the left of the building). 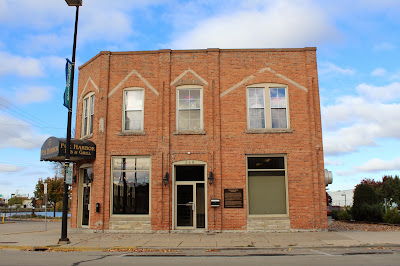 The marker is mounted to the building facade,
between the window and the door. 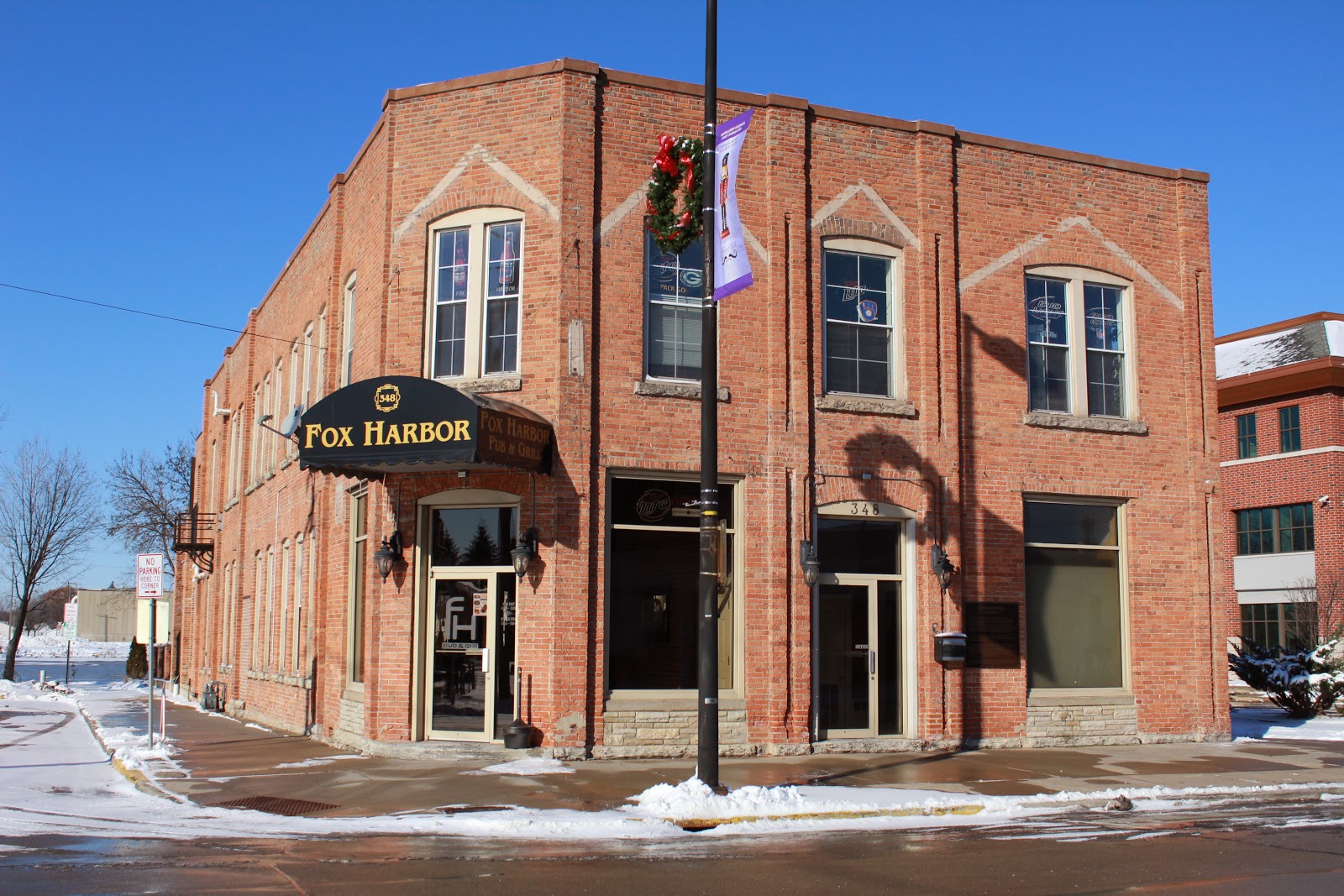