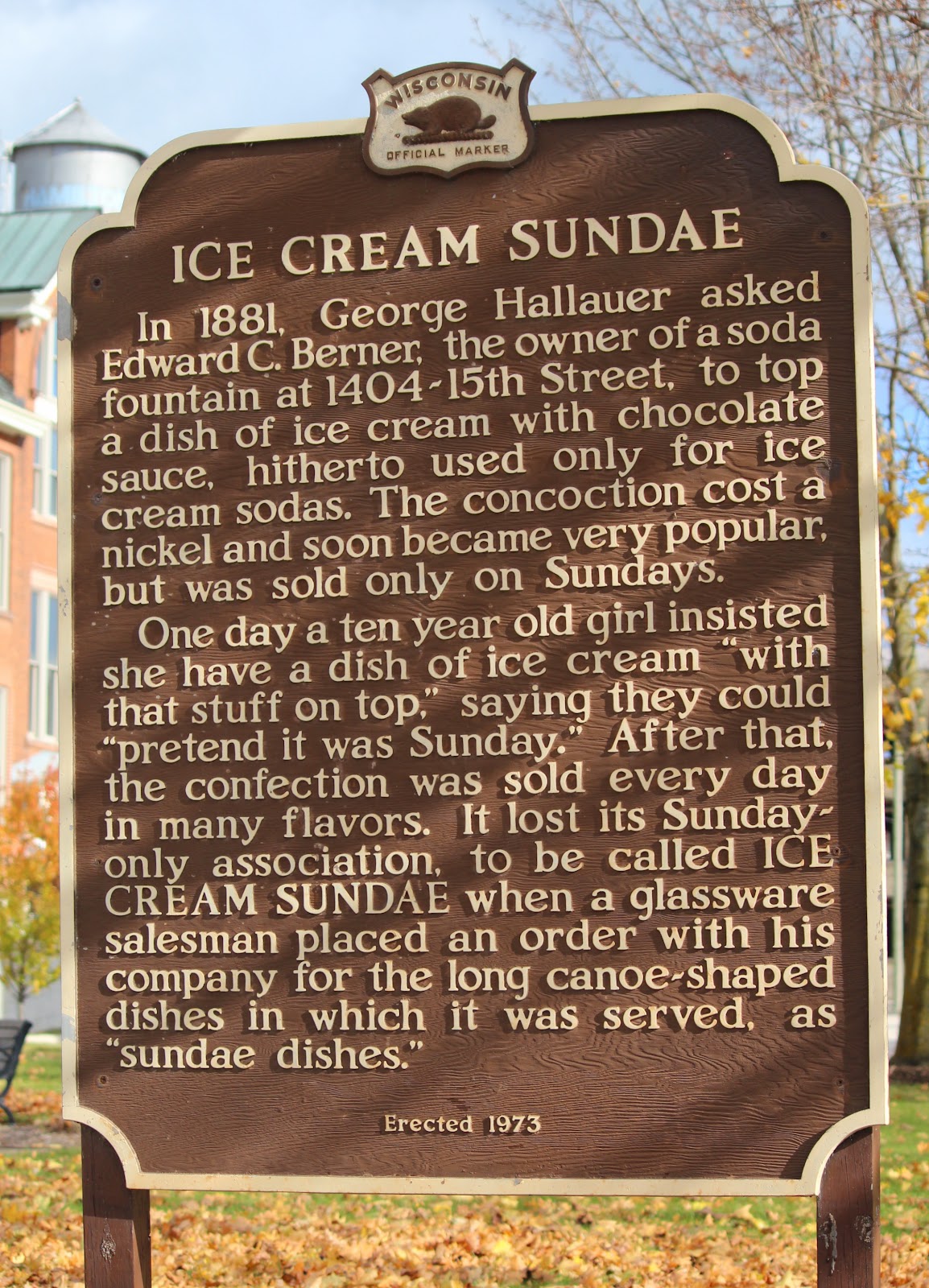 In 1881, George Hallauer asked Edward C. Berner, the owner of a soda fountain at 1404 – 15th Street, to top a dish of ice cream with chocolate sauce, hitherto used only for ice cream sodas. The concoction cost a nickel and soon became very popular, but was sold only on Sundays.

One day a ten year old girl insisted she have a dish of ice cream "with that stuff on top," saying they could "pretend it was Sunday." After that, the confection was sold every day in many flavors. It lost its Sunday–only association, to be called ICE CREAM SUNDAE when a glassware salesman placed an order with his company for the long canoe–shaped dishes in which it was served, as "Sundae dishes."

The marker is located at the northeast corner of the intersection of Washington Street / State Highway 42 and 17th Street, at Two Rivers Central Park, Two Rivers, Wisconsin 54241.


See also, Washington House Museum and Visitor Center, related to this marker, a block from this location. 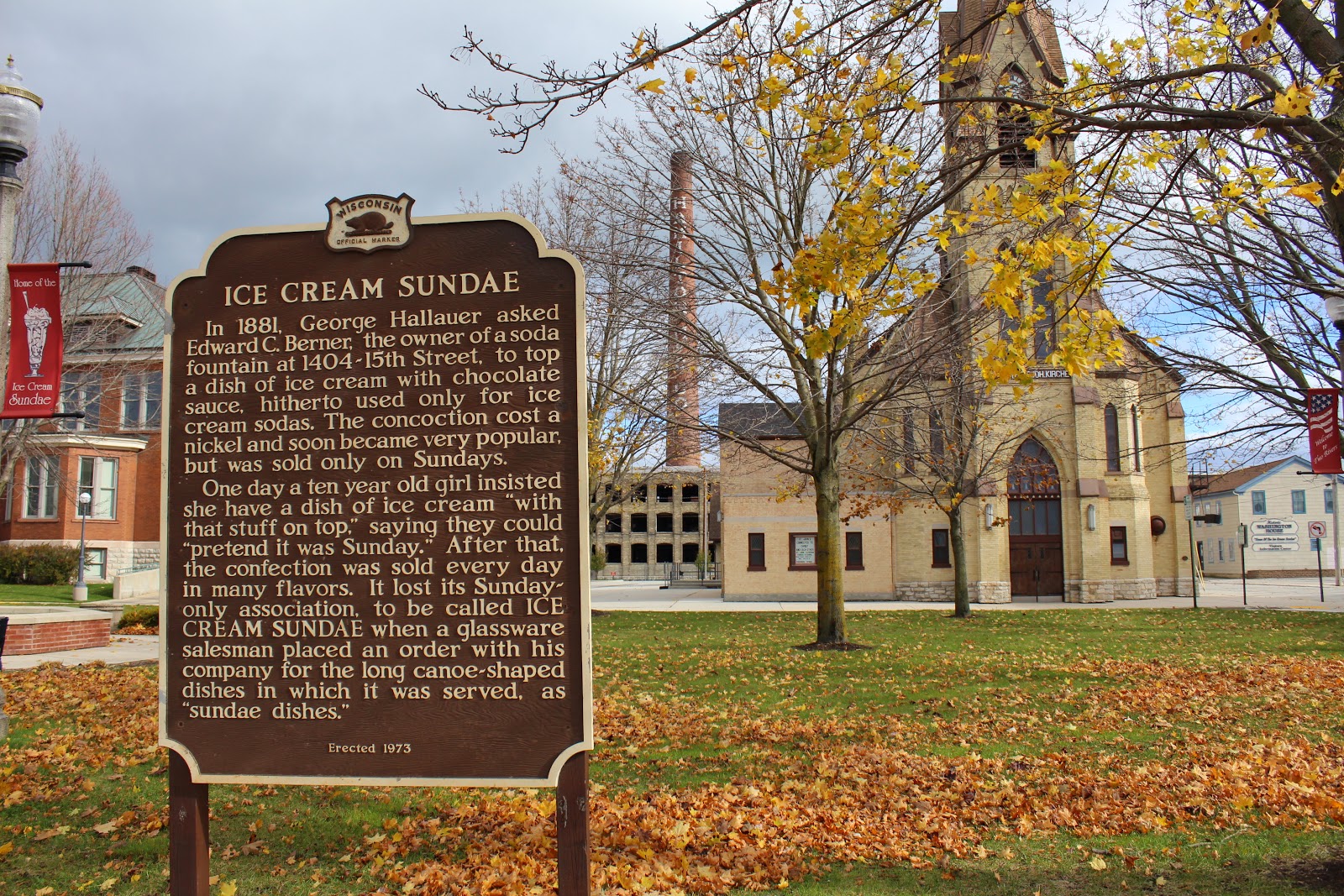 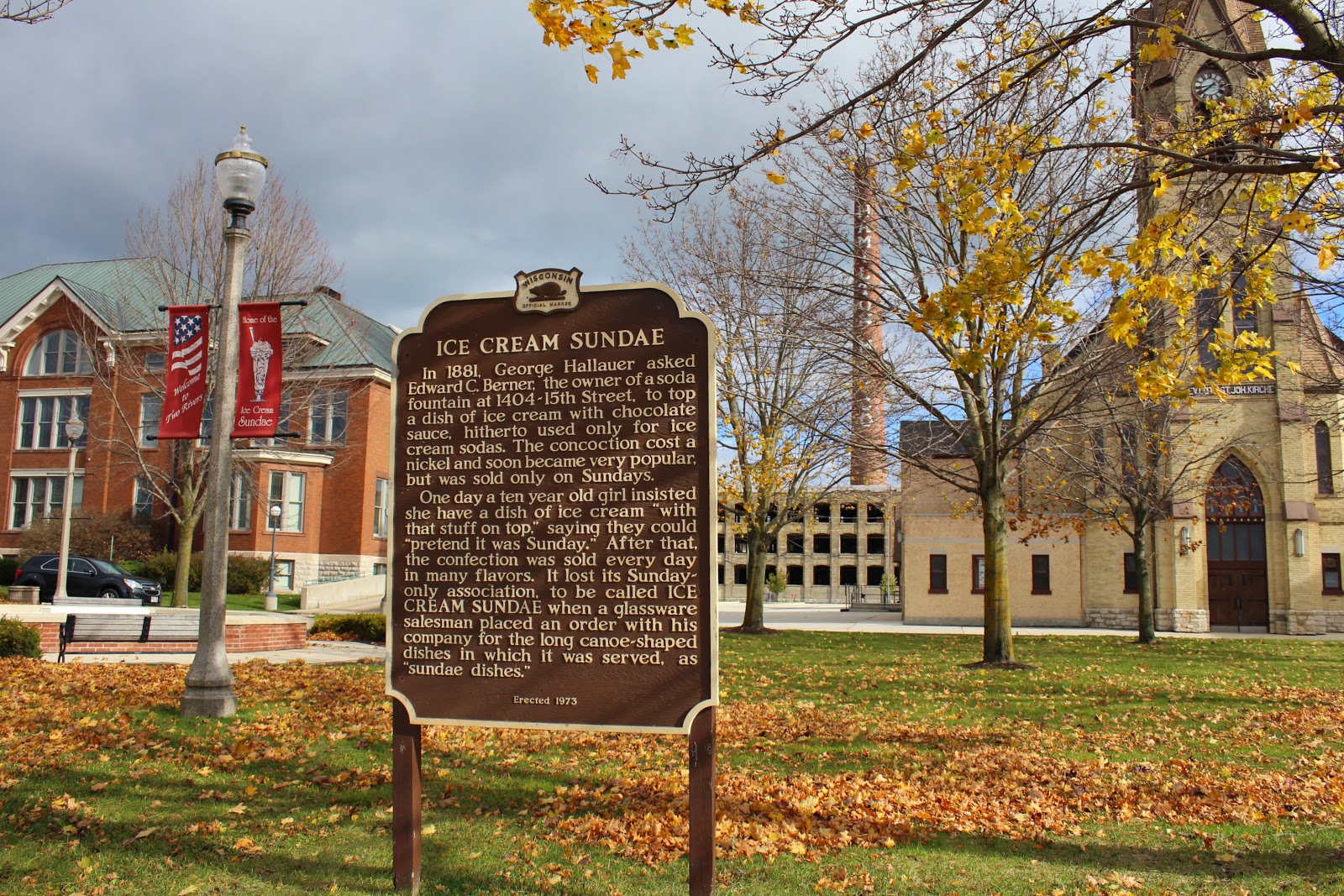 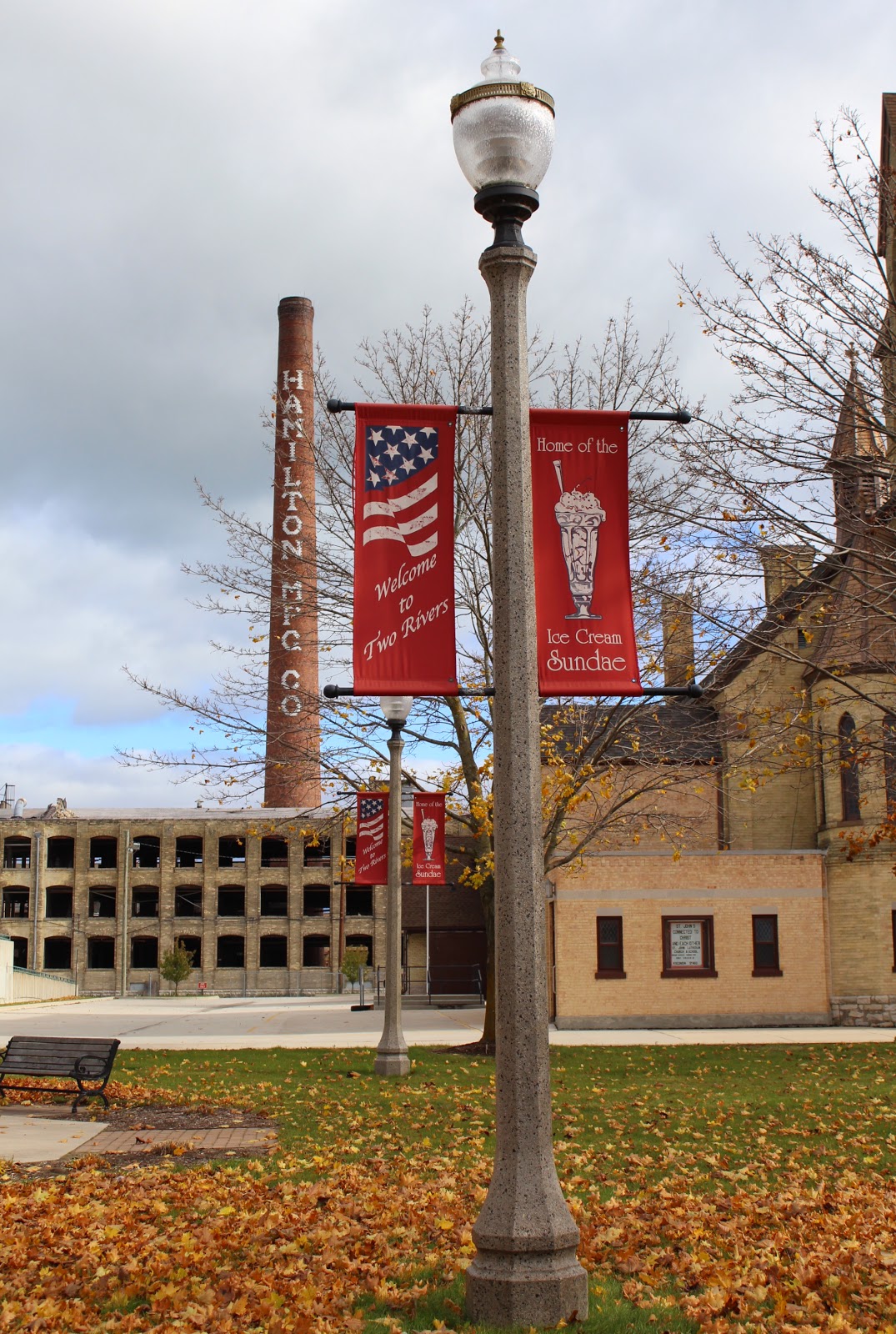 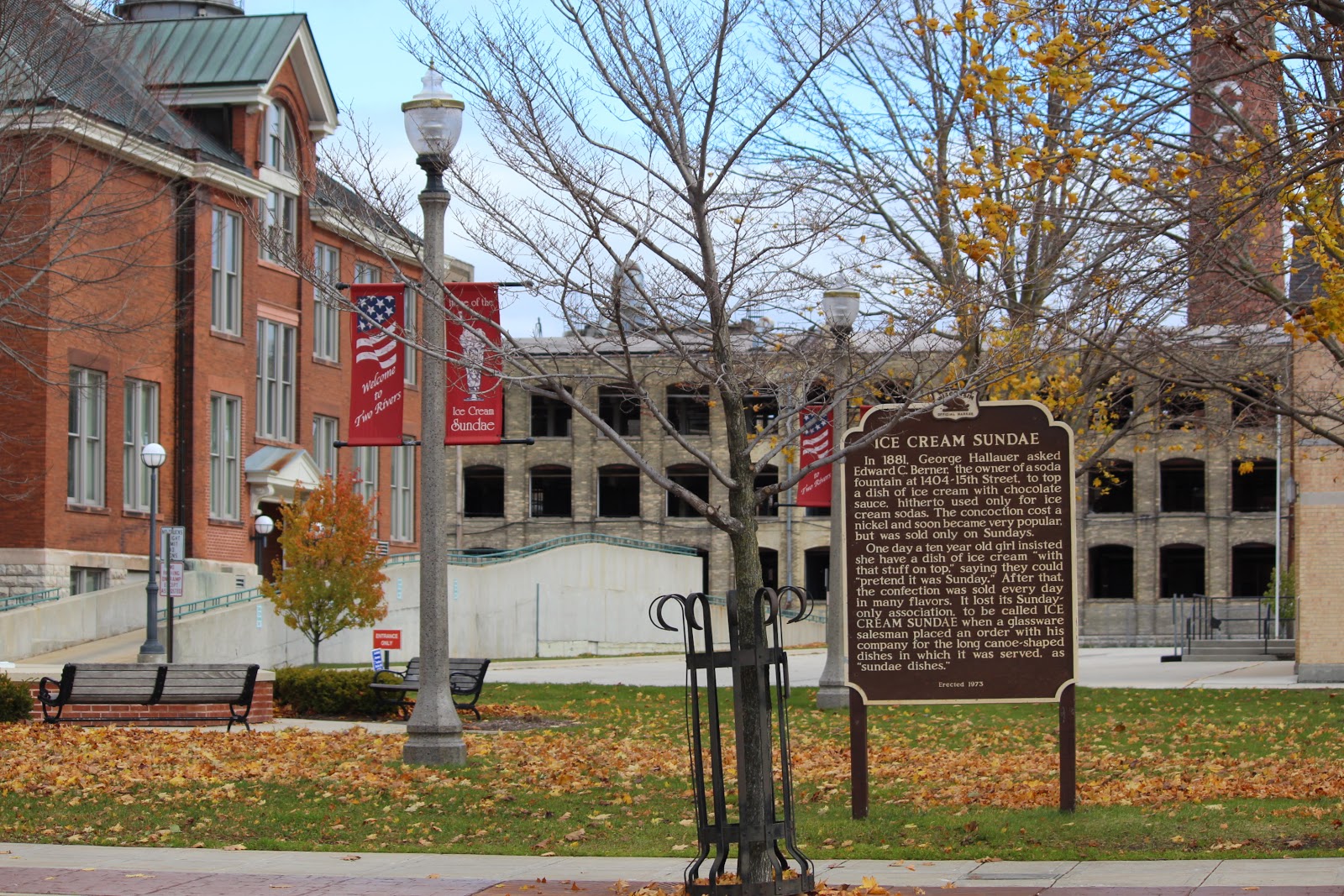 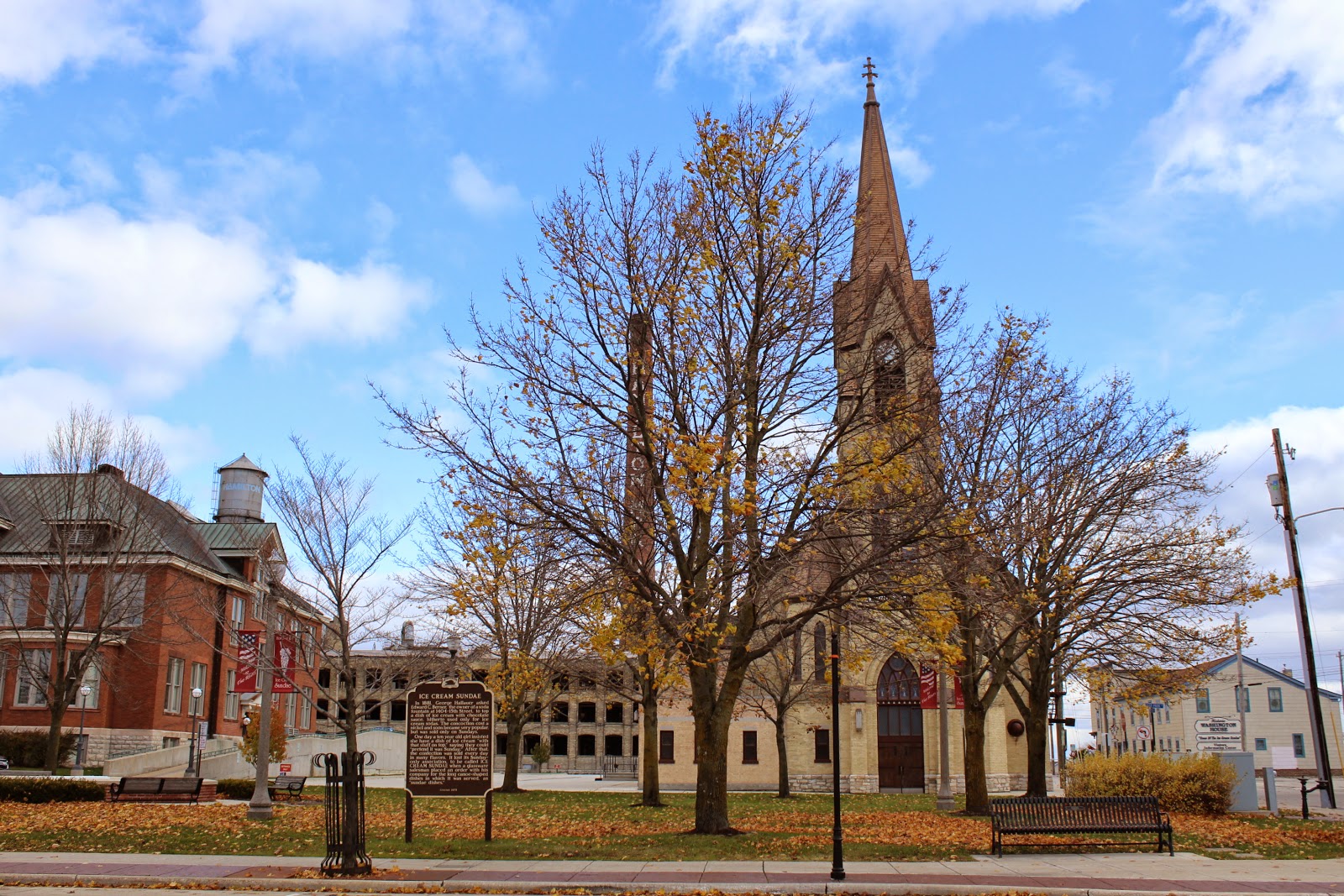 With the Washington House Museum and Visitor Center,
visible in the distance to the far right. 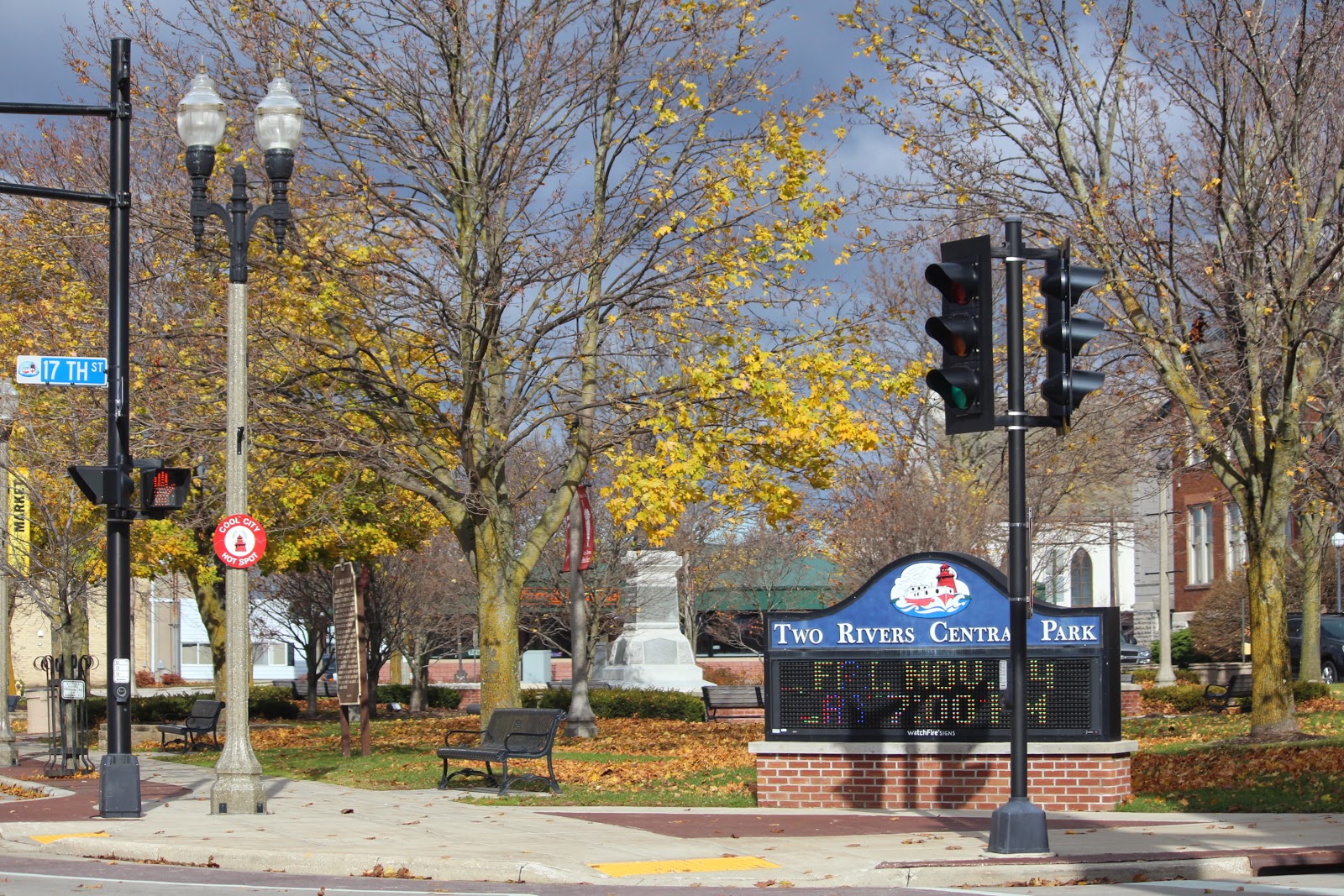 The marker is located at Two Rivers Central Park
(the side of the marker is visible to the right of the street lamp). 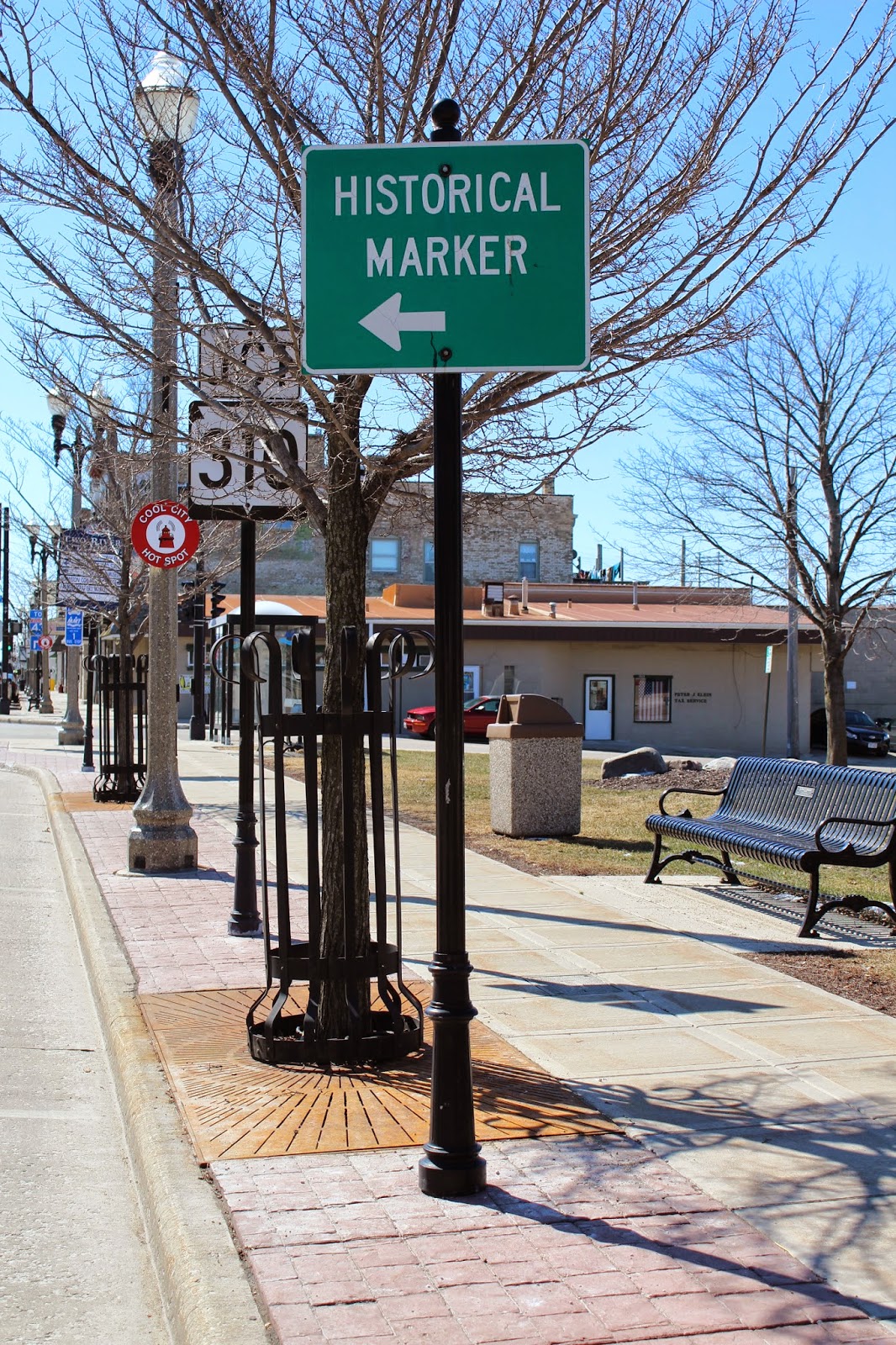 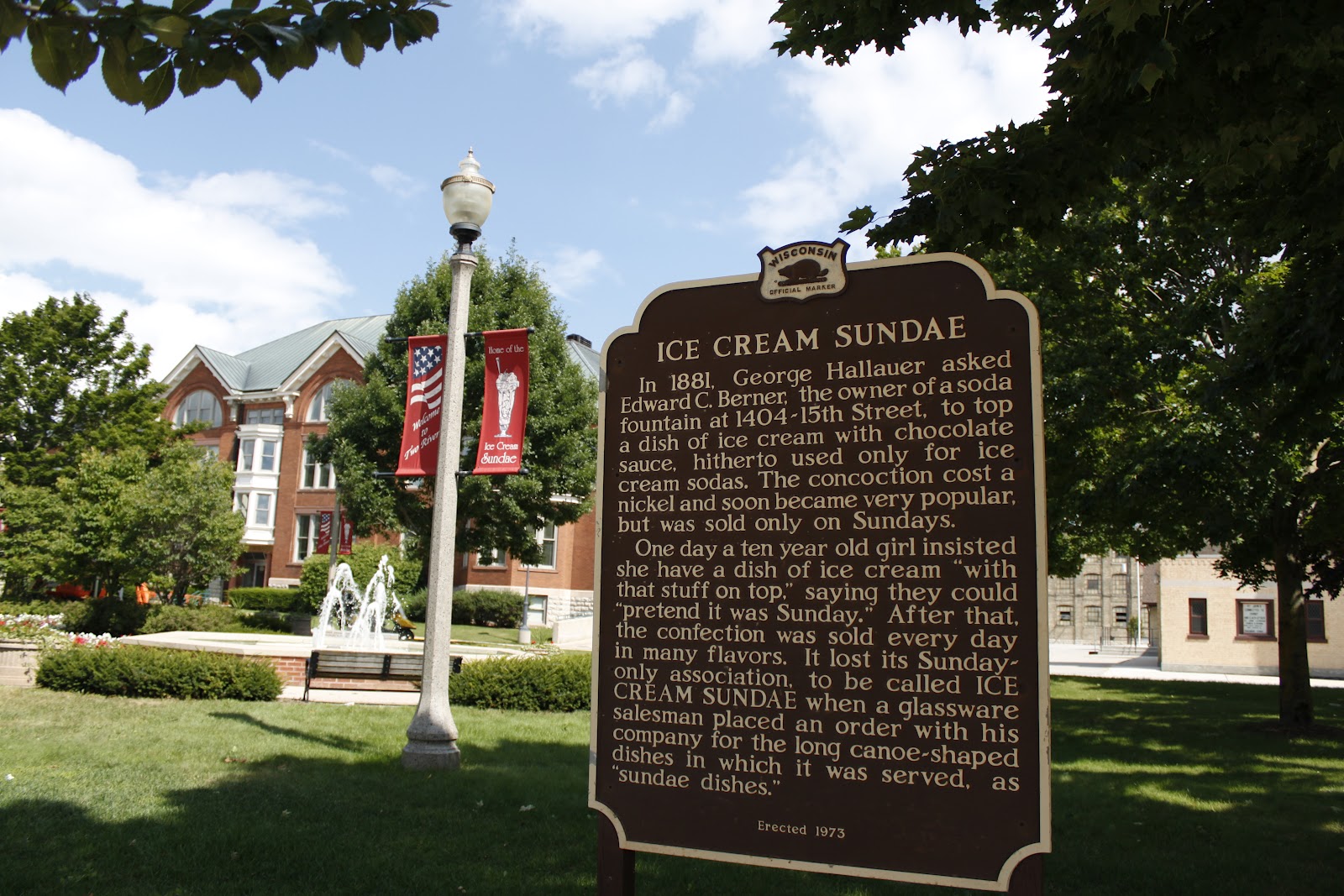